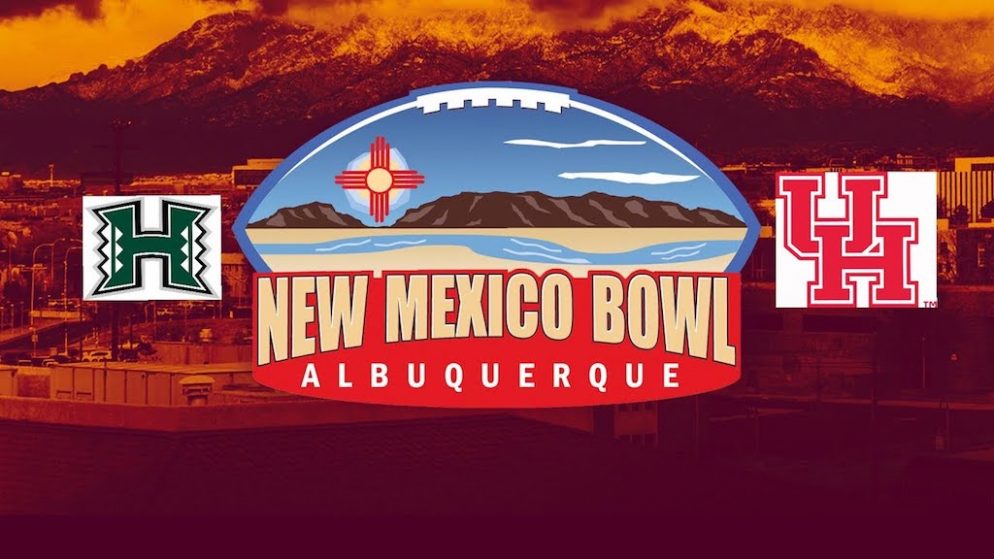 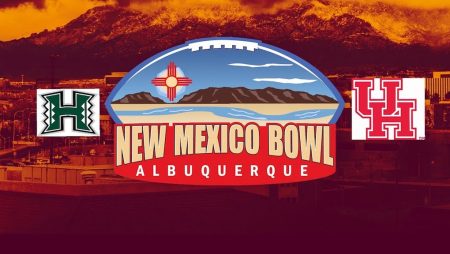 Today, it’s the New Mexico Bowl, which is being played in Texas due to a spike in coronavirus cases in the Albuquerque, New Mexico, area. That’s the kind of college football season it has been.

It’s been a weird one for both New Mexico Bowl entrants too.

In the Running for Victory

Hawaii didn’t get to start its season until October 24, but they did manage to complete their entire schedule and finish 4-4. New head coach Todd Graham hired Brennan Marion, a name to watch in college football, to help install one of the more unique offenses in the game.

The Warriors haven’t been outstanding, but they do have one of the more explosive running games in college football. It is led by QB Chevan Cordeiro, who led Hawaii in both passing and rushing.

Houston, on the other hand, had a total of eight games either cancelled or postponed due to the coronavirus. They managed to play seven and finished the season 3-4. That was not ideal for head coach Dana Holgorsen, but the Cougars have the opportunity to finish .500.

For the Cougars, it’s also the quarterback – junior Clayton Tune – who leads the offense. Tune threw for over 1,800 yards, 13 touchdowns, and ran for five more scores. He will have to be more efficient if Houston is to win today.

Here’s the deal with today’s New Mexico Bowl pick. There are winds in the double-digit range expected today. Houston basically gets to stay at home in making the trip to Frisco.

Hawaii will come in with a chip on its shoulder and it has the better running game, which is suited to the expected weather. The Warriors might not win, but they can keep this game close and cover.