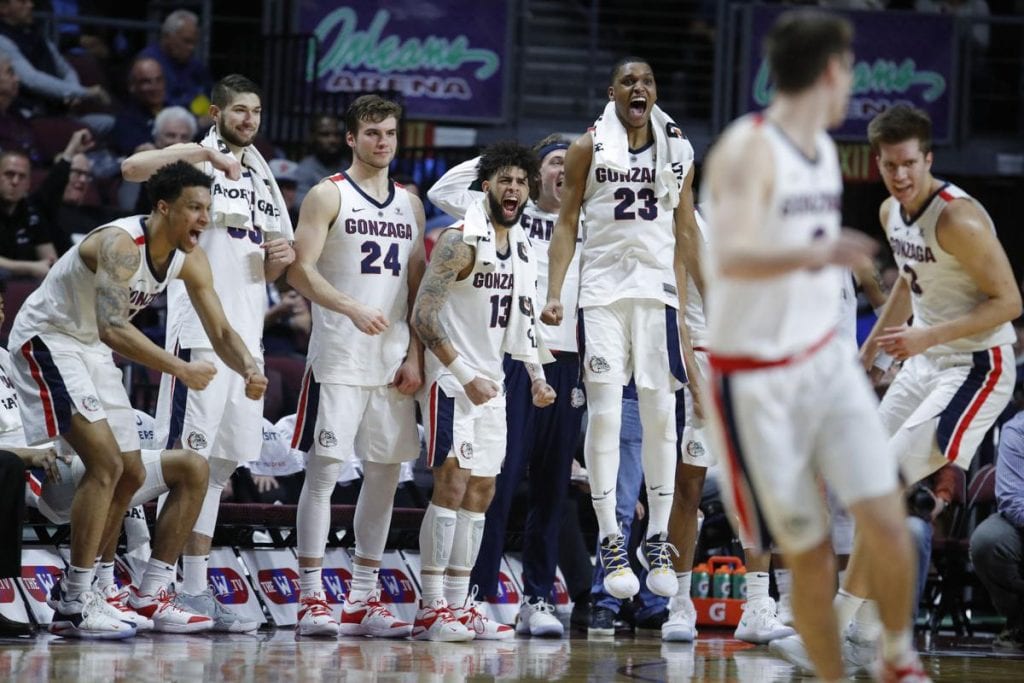 The Gonzaga Bulldogs blast their way into the WCC Men’s conference title game, and this win will make their seventh straight conference title! Yes, we are calling this one for the Bulldogs. St. Mary’s comes into this contest having had another solid season and certainly nothing to be ashamed of. With a 21-11 record, the Gaels have some talent and have certainly been known to be a source of competition for the Bulldogs. Not this year!

The “Zags” have fully hit their stride. This team is a beast and they run folks out of the gym, however, we are not predicting a blowout tonight. The Gaels will find a way to keep this one respectable.

Listen, there is a difference between “respectable” and “competitive”. Saint Mary’s will not look like chumps; but will be soundly beaten.

Gonzaga took care of Pepperdine on Monday evening in the semifinal game, as a matter of fact, this one was yet again another blowout, (100-74). The Zags are blowing everybody out but what’s troubling is not the near future for this team, NO… they will certainly go deep in this years NCAA Tournament and should gain a number one seed—what’s troubling is the Bulldogs record against the spread, it’s .500.

Is that good enough to get the win ATS tonight? Maybe, probably and most likely. The good news for the Zags—they have beaten the Gaels for an average of 31 points per game in two meetings this season.

Need an online sportsbook to bet the Madness that is known for quick payouts? Give Bet33 a try.

The Zags were never in doubt against the Gaels in the two regular season meeting and they will most likely never be in doubt tonight. The first half could be interesting. Gonzaga tends to let teams hang around in the first half, then, it’s lights out. Look for a big 2nd half victory which will lead to at least a 15-point differential.

Although St. Mary’s can hang around for most of the game, they will not keep up down the stretch and will be easily run on. The later this one gets, the uglier it gets.

Prediction: Gonzaga against the published spread. Lay it, no matter what the number is, lay it! These guys are poised to win this one big and go deep in the NCAA Tourney.