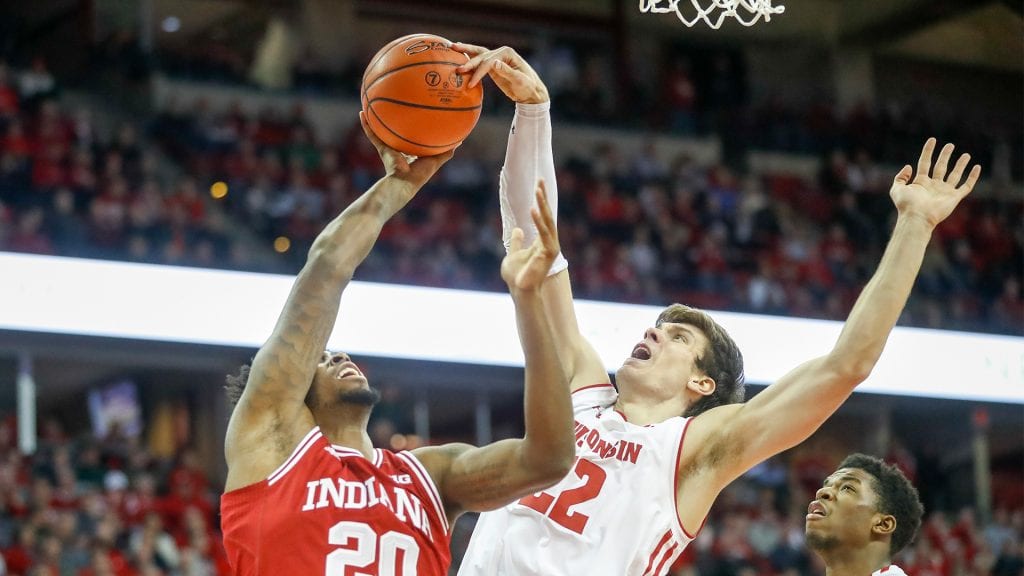 The No. 19 Badgers have battled for this position all season long and it’s a guarantee they will be battling for even better positioning tonight in Bloomington. They want a bye in the Big Ten Tournament and that is all that matters tonight. They need a big showing in this game, on the road, and over a struggling Indiana program. The Badgers come in with a 9-8 record and face a disappointing Hoosiers team that has battled to barely make it to 13-14 on the season, and an abysmal 4-12 conference record.

It’s remarkable how basketball works in the Big Ten. Here Indiana sits unranked and most likely, going nowhere but look at the numbers across the board, they are not that different form their Wisconsin rivals. The Badgers hit this game scoring 69.9 points per game and holding their opponents to 61.3 while shooting 46.5% from the field along with 34.4 rebounds per game and 12.9 assists. The Hoosiers come in scoring 70.2 points per game and allowing 67 straight up, with 36.1 rebounds and 13.1 assists per game.

Here’s another Free Pick for tonight’s NBA game in Toronto. Check out our Celtics at Raptors Preview and Prediction.

The Hoosiers have the numbers, they simply fall short on overall record by six games. In the Big Ten, anybody can beat anybody on any given night. The Hoosiers may not be what they once were and let’s face it, they haven’t been what “they once were” going all the way back to Bob Knight days.

Sure, they have had their few shining moments in the last 10-15 years, however, the basketball world surrounding Bloomington has not been the same in a very long time.

Tonight, the Hoosiers are playing for pride and they need a win in the worst kind of way. Can they find it after dropping five in a row? The Badgers are not going to be an easy opponent and guys such as Langford, Morgan, and Green, they must step up big tonight.

This one will be tight all the way and will be a close one for sure, but in Bloomington and in crunch time, we like the Hoosiers to turn their fortunes around and find a way out of the doldrums with a win.