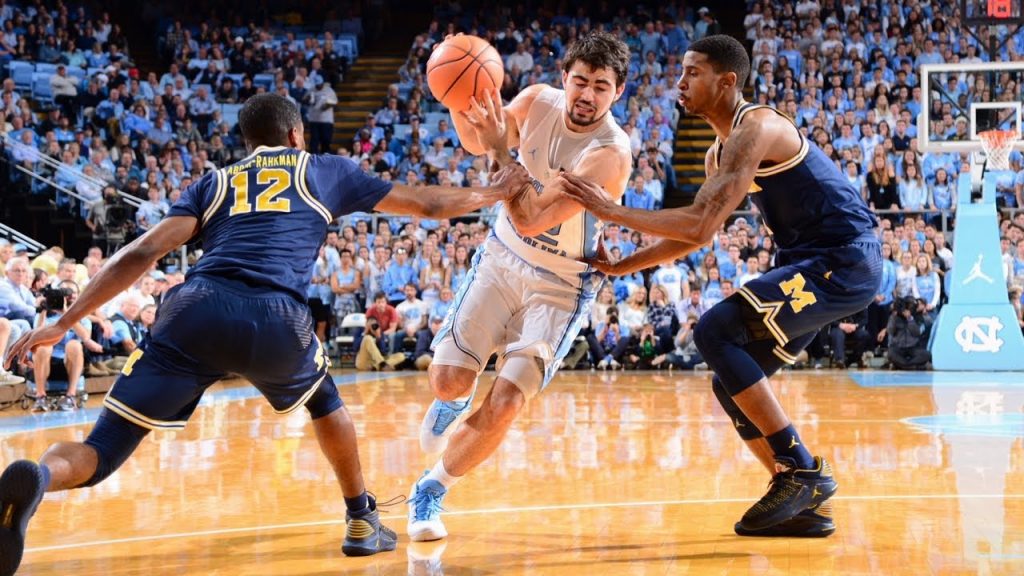 The #7 Michigan Wolverines host the #11 North Carolina Tar Heels in a first ever. This game marks the first time in the history of the two programs that North Carolina visits Michigan. Who would have ever thought this to be true?

College basketball has such a rich and vibrant history and these two schools have the same rich history. Both have produced many great NBA Hall of Fame players, and of course “his airness” MJ. Both legendary schools, both have produced legendary players and both are always contenders.

All your college basketball scores, odds, previews and more on one page

Michigan is the 2017-18, national champion runner-up. They had an amazing season last year and they have come storming out of the gate this year at 6-0, as have the Tar Heels at 6-1.

So who wins this contest tonight? Who gets the better of the early season mayhem?

The Tar Heels have 4 big guns that are scoring in double figures, Cameron Johnson with 16.4 ppg and 5.9 rebounds per game, Coby Whit with 15.7 points per game and 1.9 rebounds, Luke Maye with 14.4 ppg and 8.6 rebounds and Nassir Little with 12.9 ppg and 5.3 rebounds. This team is deep but not as deep as in recent years.

This Tar Heels teams is filled with talent as always along with a hall of fame coach in Roy Williams, but there are also 3 freshman that make up the starting five. The thing about Williams that makes him so good is recruiting. He gets the blue chip recruits. This team is super talented but mixed with inexperience.

This game will be fun to watch and fun to see who wins out, offense or defense? This one should be close and Michigan must not get sucked into running. Play their game and they win.