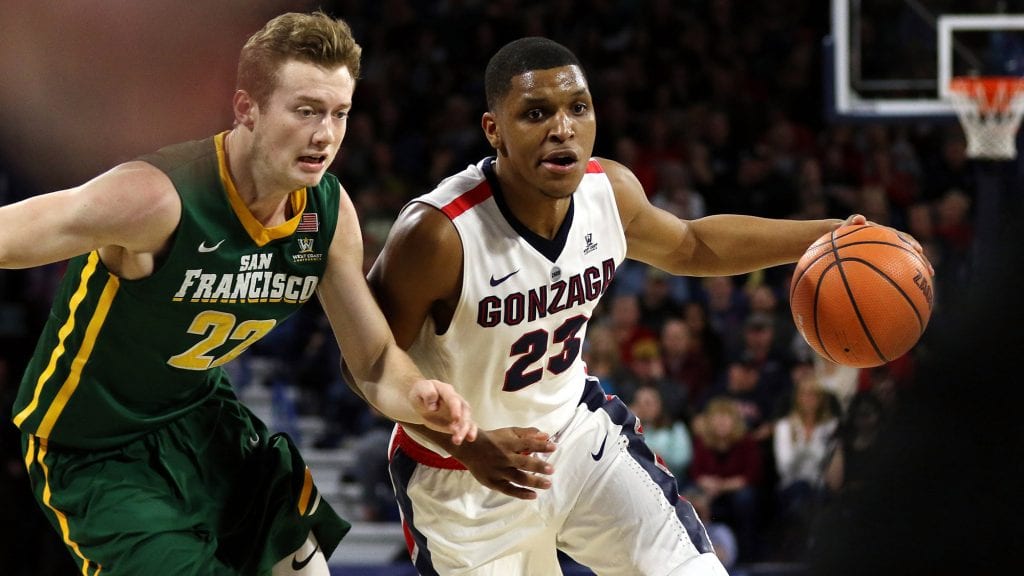 The No. 4 Gonzaga Bulldogs are once again controlling the West Coast Conference with their continued basketball dominance. Not only are they dominating the WCC, they come into tonight’s game as the number four team in the country with a 22-2 record overall. What Mark Few has done for more than 20 years now is nothing short of genius and really, a basketball miracle. This tiny university that is nestled in the foothills of Spokane, Washington still does not get the credit they deserve from fans. After all of these years, they are nationally known and they get the respect from the basketball world, however, it seems that every year folks leave “the Zags” off their bracket, and that’s a big mistake.

The Bulldogs lead Division I Basketball in scoring with 91.3 points per game, as well as lead the nation in field goal percentage with 52.6%. The Zags are a well-balanced team and come in at fifth in the nation for assists and they never turn it over! This team is disciplined.

The one knock on the team; they fail to rise to the “big name occasion”. This is probably not fair simply because, how many big names do they have to beat? They beat Duke this season but lost to No. 1 Tennessee, and No. 9 North Carolina. The Zags are close to unstoppable at home and the good news for the fans, they are young, with a very deep bench.

Do the Gaels have any shot in this one? They have no shot to win this game, but maybe, just maybe, they have a shot at covering 17 points. Here is the problem. Every time people like us look at these big spreads with teams such as Gonzaga, it looks like too many, and what happens? Gonzaga covers. This team has covered 17 games this year and lost the spread in just 7. St. Mary’s is not that bad against the spread as well, with a 15-9 mark.

The Zags are running well right now and if we were forced to make a choice, it would be -17, however, this one should be a score fest. There should be a ton of points. One thing is for certain, the Gaels will not get blown out like San Francisco did on Thursday night, 62-92. They will keep it closer and this one will be a barnburner.