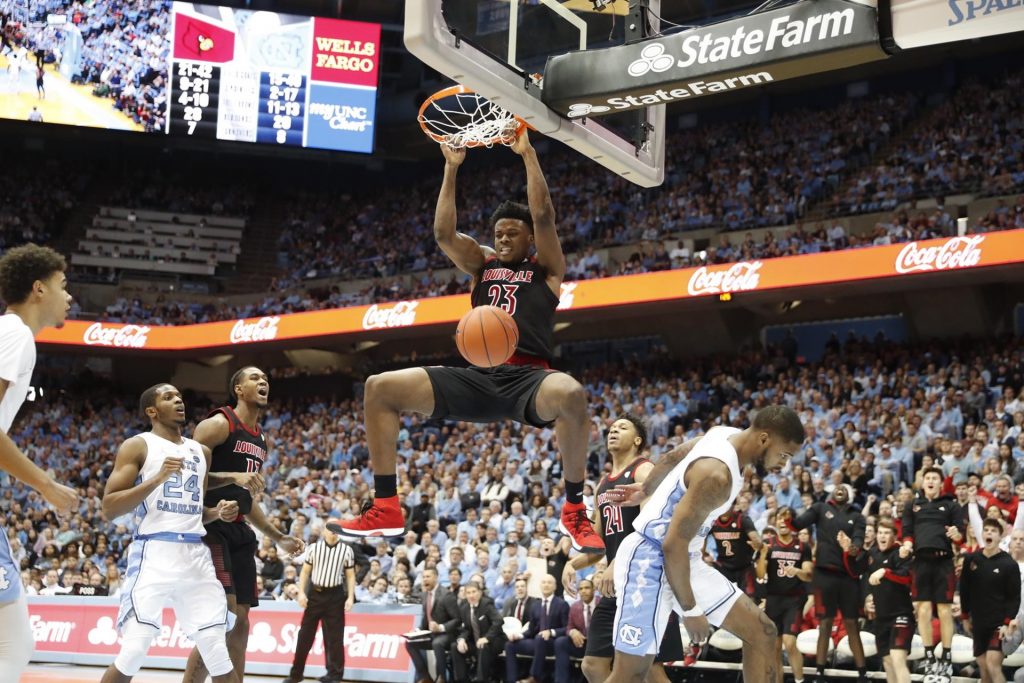 The Louisville Cardinals have outperformed their critics and head coach Chris Mack has turned in a stunning performance to this point in his short tenure since taking over the program. As most well aware fans know, Louisville was recently involved in one of the largest and wide-ranging recruiting scandals to ever hit NCAA basketball. This one saw the bringing down of famed head coach, Rick Pitino and implicated several others, including players. It was a big deal to say the least and most basketball minds had the feeling that Louisville wouldn’t survive for a long time to come. Just the opposite! Chris Mack is pulling the upset in a big way, and he is proving that coaching is more than just a big name.

The North Carolina Tar Heels led by another famed coach, Roy Williams, they are not exactly chopped liver. They hit Louisville as the # 9 team in the nation but with one problem; Louisville has figured out how to beat them and it was in the “holy confines” of Chapel Hill!

It’s a funny thing how college basketball works, it’s a great game, it’s certainly a fun game if for no other reason; these kids want to win. However, it can be a frustrating game to lay your chips on.

Back on the 12th of January, the Cardinals went to Chapel Hill and picked up a huge victory in an 83-62 stunner. On the other hand, the Cardinals lost to Marquette back in November, to Indiana by one point in December, and to the Pittsburgh Panthers three days before the Carolina win.

See all the NCAA basketball scores and odds

Louisville seems to be a team that gets up for the big games at home and they rise to the occasion. Knowing that Louisville has beaten this team once, Chris Mack will be prepared for a “take for granted moment”. They won’t take the Tar Heels for granted and this one will be a dogfight.