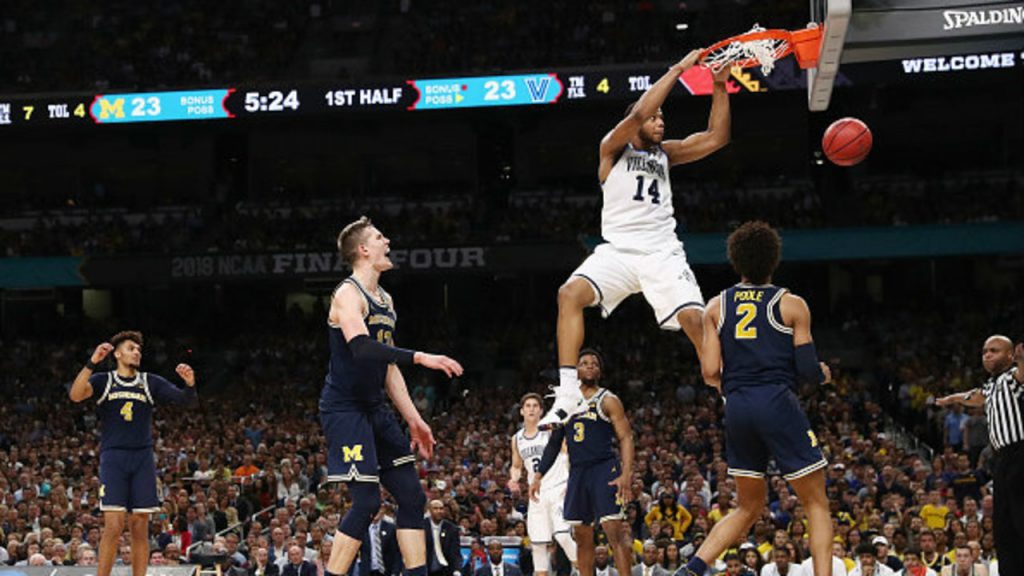 There could not be a more fun game to bet on and watch than this matchup tonight that’s features the reigning champion of the NCAA against the runner up in Michigan. Both teams are 2-0 and neither team has played any real competition as of yet. Tonight is the first night of real basketball for either team.

If you are any kind of college basketball fan then you most definitely want to check this one out. It promises to be a fun game with all the earmarks of last season and we have a winner. Don’t mess around, get your bet in and then bet it live.

The total in this game is too low. Look, Michigan is a defensive minded team, we get that, but look at who they have played to this point; Norfolk State and Holy Cross! Of course they are going to hold their opponents at 44 and 37 respectively! Neither one of those teams should be in the same gym with Michigan.

Look for Villanova to get after it early and jump out to a big lead. They have the players and they will push Michigan. Michigan still has players as well and they will find their way back in and make this a game. “Fool me once, but don’t fool me twice”!

Villanova is shooting 48.9% against Michigan’s 36.4% and grabbing 47.5 rebounds against Michigan’s 45.5. Each team has 8.5 blocks per game. Villanova has started out hot but just like Michigan, they haven’t played any real competition. Tonight will be a story teller for Villanova and for that matter, Michigan as well. It’s early in the season and now is when teams want to make an impact.

Enjoy this one and play the total OVER 140.