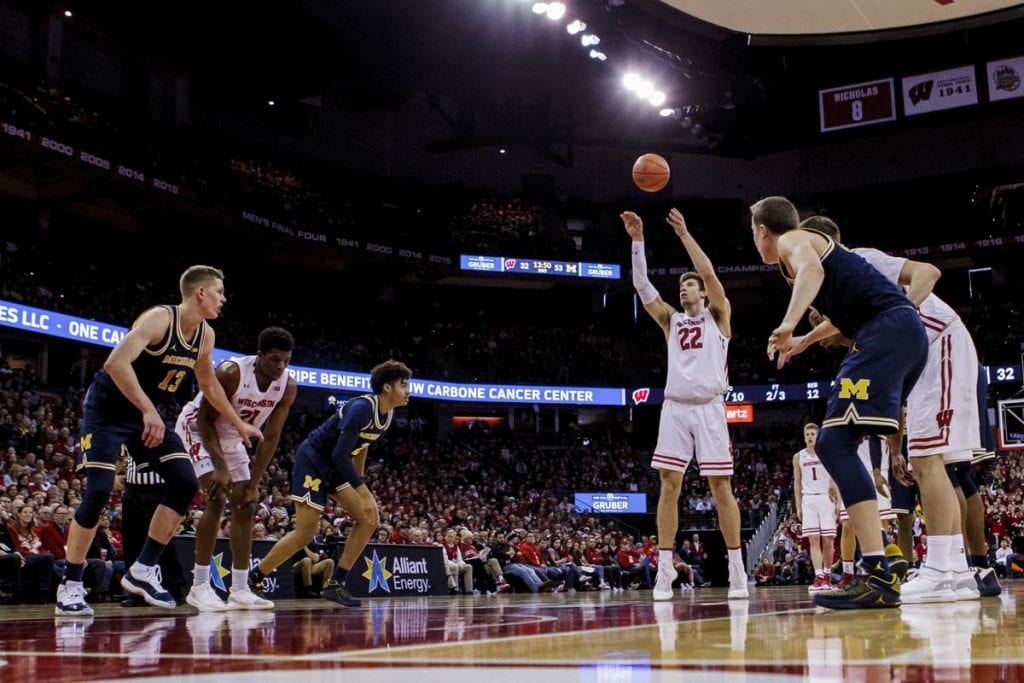 Can anybody bring the mighty Wolverines down? This team is 17-0 and looking for their 18th victory today in Madison, Wisconsin. Michigan has beaten the brakes off many opponents this season and they are doing it with a special kind of defense that’s not allowing more than 56.6 points per game. The consensus says that Wisconsin wins this game! The public feels that Michigan eventually has to lose one. Does the public have a leg to stand on, are they more knowledgeable than sports bettors? Let’s take a look at the numbers.

Our Free Pick of the Day at Ask the Bookie has been paying off in a big way!

The Wolverines come into this game on a season roll, literally, they don’t know losing and they are going for their 18th straight since losing to Villanova in the National Championship game last April. This team looks a lot different than the one that played Villanova. These guys are disciplined, they are tough and they have learned what it means to play tenacious defense.

The Wolverines are scoring 73.6 points per game and allowing just 56.6, they are shooting 47.1% from the field, pulling down 36.2 rebounds per game along with 14.1 assists and 4.3 blocks per game. The Wolverines have a three headed monster in Brazdeikis, Teske, and Simpson, they have depth, their bench is without question one of the best in the nation and it has contributed huge in the 17 wins.

The Badgers are defending their home court and want nothing more than to beat an unbeaten and a fierce rival in the Big 10. Senior forward, Ethan Happ is having a fantastic year with 19.4 points per game, 10.4 rebounds, along with 4.6 assists per game. The Badgers will need every point from Happ today, he must have a big game if Wisconsin stays close. The Badgers are scoring 73.9 PPG. and allowing 63.6 while shooting 48.3% from the field along with 13.7 assists and 3.9 blocks.

This one will be good and will be fun and could be close in the first half. Michigan will take over late and cover -3.5.