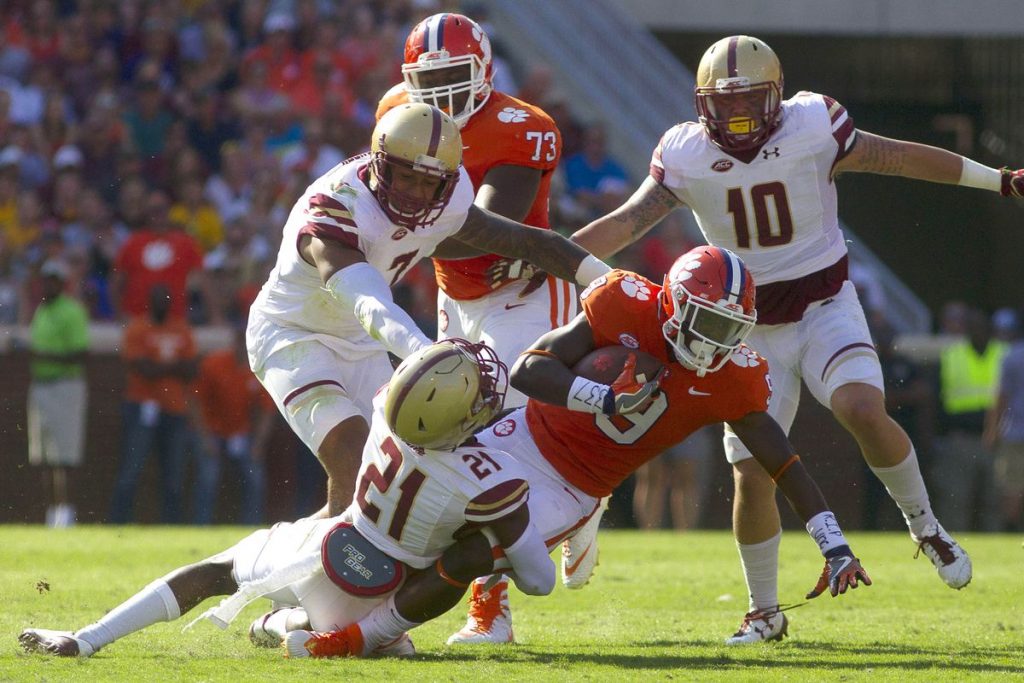 The Clemson Tigers are feeling good and maybe better than they have in a long time. This team is stacked and they are killing people. They beat Syracuse 27-23, that’s the closest they have come to any kind of danger all season. That’s Syracuse, the Orange are a lot better than they used to be and these two have a great rivalry.

Need a sportsbook to add to your line shopping list? Check out our sportsbook reviews.

The Kelly Bryant fiasco, that’s history, that’s a hiccup. Trevor Lawrence has gone on to put up 1549 yards, 18 TD’s with just 3 interceptions and a QB rating of 163.0. That’s just quarterback play, the rushing statistics are outlandish! Travis Etienne has put up 998 yards, Dixon 457 yards, Choice 354 yards, Feaster 294 yards. The receiving yards are just as significant and the numbers blow the competition away with 4 receivers having more than 300 yards. Higgins has put up 514 yards on 7 touchdowns.

Boston College has quietly risen to the 17th spot and they do it with size. These guys have big offensive players and they pound the ground. They get a lot of yards but they don’t play Clemson every week! Boston College is 23rd nationally in rushing, averaging 225 yards per game. The Eagles are 6-0 this season when tallying more rushing attempts and rushing yards than their opponent.

Here is the mystery… Everyone talks about the great running game of BC but the running game of Clemson is slightly better. As a unit, this team is absolutely better, they are putting up 47.8 points per game and allowing 13.3. While BC is putting up 37.2 points per game and allowing 24.1. This is way too many points and BC will pay the price defensively. They cannot and will not keep up with Clemson.