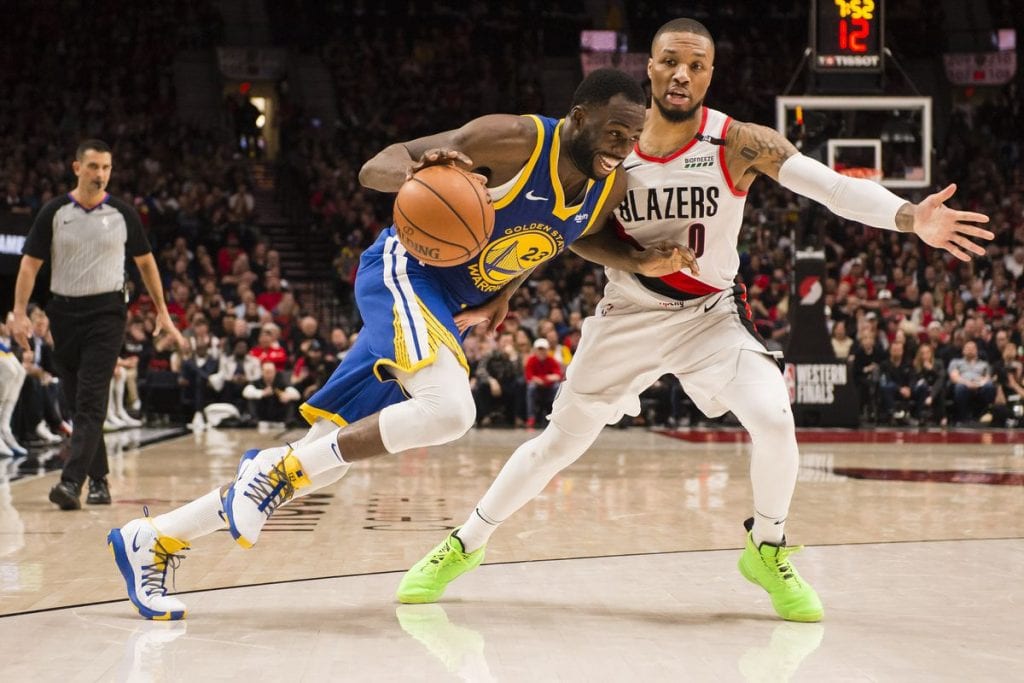 Unless you’re a real fan of the Golden State Warriors, it is likely you have never heard of Alfonso McKinnie. With leading scorer Kevin Durant out since Game 6 of the Western Conference semifinals, McKinnie and the rest of the Warriors bench has helped the defending NBA champs take a 3-0 lead over Portland in the conference finals.

America’s Bookie is ATB’s favorite online sportsbook with a high trust factor, fast payments and more bonuses and contests than any other.

On Monday night, McKinnie, the Golden State bench, Steph Curry, and company will look to sweep the Trail Blazers in four games. While that is likely to happen, we are going to focus on something else.

Since the 2012-13 season, Golden State has swept five of 22 playoff series. The Warriors enter Monday night a 3.5-point favorite to make it six of 23. To think the Warriors would be doing it all without Durant is not all that surprising. Curry, who had 36 points in the Game 3 victory, Klay Thompson, and Draymond Green (20 points, 13 rebounds, 12 assists in Game 3) are enough firepower to finish the sweep.

They are also enough firepower to take advantage of betting Monday night’s total. The Warriors are averaging 113.3 points per game in the series. The Warriors won Games 1 and 3 by 10-plus points. In each of those games, Golden State held Portland under 100 points and, as a result, the total was Under in each game. In Game 2, Portland put up a fight scoring 111 points but falling in the end by three points. The total in that game was Over.

Bookmark Ask the Bookie’s Pick of the Day page to get out great picks, we’re on a week-long winning streak!

You should see where this is going. Game 1. Under. Game 2. Over. Game 3. Under. The pattern will continue people. Bet the Over on Monday night.