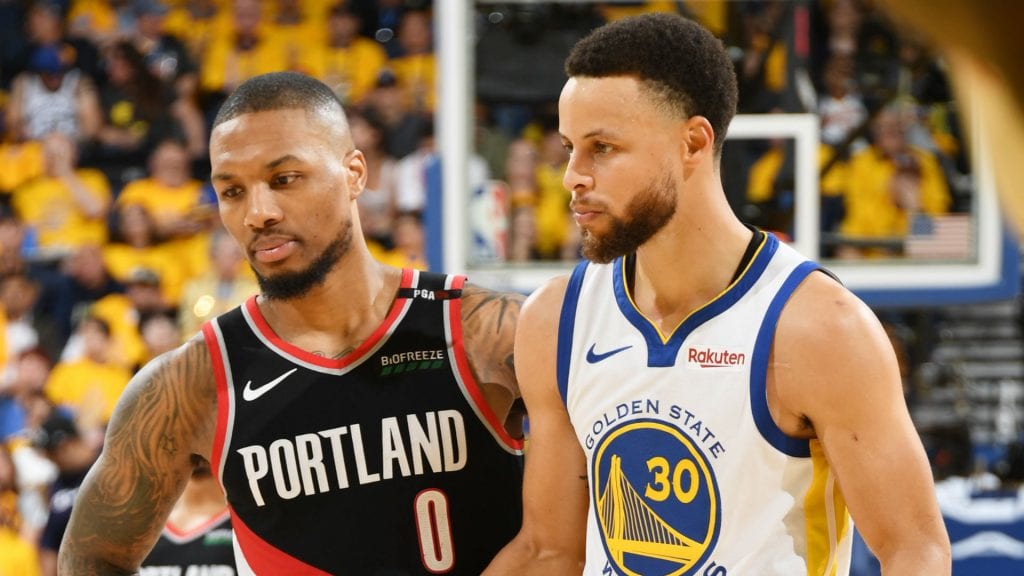 Game 1 of the Western Conference Finals was a blowout. And the two-time defending champion Golden State Warriors did it without Kevin Durant. Can they do it again? Well, one thing is true in postseason play – good teams that play well normally keep playing well. That does not bode well for Portland.

It is unlikely that Durant, the Warriors leading scorer in the postseason, plays in Game 2. That didn’t seem to matter much in Game 1 as Steph Curry went off connecting on 12-of-23 shots, including 9-of-15 from 3-point range, and scored 36 points. For good measure, Curry added seven assists and six rebounds.

Curry wasn’t the only one either. Klay Thompson added 24 points and Draymond Green was his usual self as Golden State left no doubt. It helped that the Trail Blazers shot a measly 36.1 percent from the floor and just 25 percent from behind the 3-point arc.

The backcourt tandem of Damian Lillard and C.J. McCollum combined to shoot just 11-of-31 in Game 1. Lillard was just 4-of-12 and finished with 19 points. He also had seven turnovers. That’s a far cry from the 28.3 points Lillard averaged against Golden State in four regular season games.

Don’t expect Portland’s backcourt to play as poorly in Game 2. In fact, it would be wise to consider what the Trail Blazers have done thus far in the postseason after a road loss. Portland has lost three road playoff games and is 3-0 SU and ATS in the very next game.

Does that mean the Trail Blazers take Game 2? Not exactly.

History says that it is unlikely Portland wins on Thursday night. Over the past 10 years, teams that lost their previous playoff game by 20 or more points have come back to win only 44 percent of the time.

Durant or no Durant, the Warriors are 14-1 SU in their last 15 games when playing at home against Portland. This is an easy one. However, Portland will cover because there’s no way they shoot as bad as they did in Game 1.