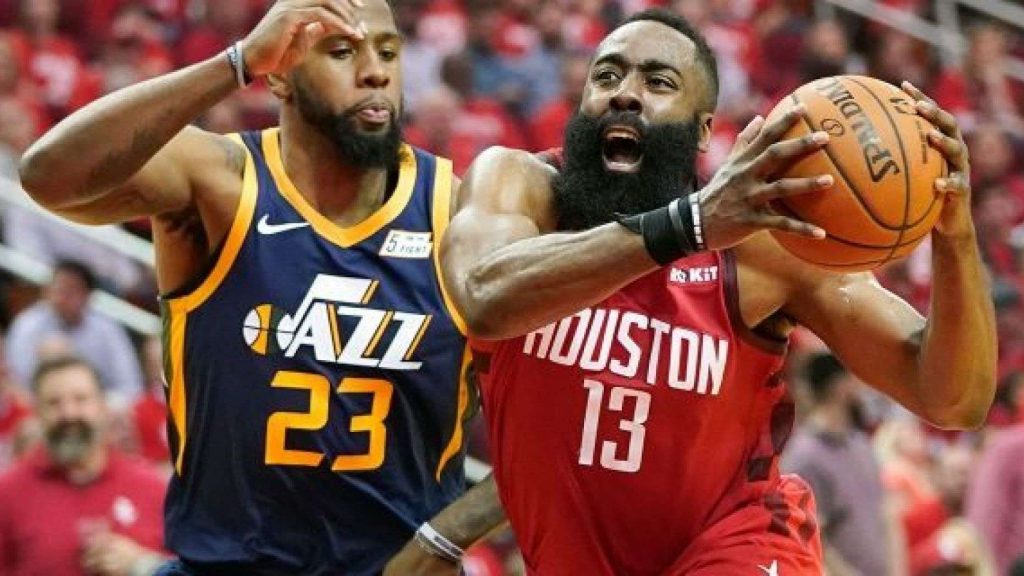 So exactly what kind of NBA alternate universe have the Rockets discovered? The Rockets can play defense and we knew they had it in them! The problem for the Rockets dating back at least three seasons and beyond, defense. The Rockets have been awful when it comes to giving up points, in a big way. The inability to play defense has killed any chance they have had to win a title in the Harden years. Maybe the Rockets have turned their fate around and maybe they have a chance to get better as the playoffs get older.

FIND AN ONLINE SPORTSBOOK TO BET THE NBA PLAYOFFS

The Rockets have played well at home, just as they were expected to do, however, holding the Jazz to 90, and 98 points respectively, has been nothing short of a miracle. The Rockets score a lot of points, as do the Jazz, and to see 188 points on the board for the Jazz through 2 games – shocking!

We realize the regular season is very different from the playoffs; teams tend to buckle down and adjust their strategy. The Rockets have adjusted well, however, they like to score, they love to run and so does Utah. The Jazz are going to break out at home and run with the bulls.

Game Three is the rubber match in the NBA. To take this a step further, no team has ever come back from an 0-3 deficit in the history of the NBA playoffs. Think about all of the teams and all of the playoff games that have been played in the entire history of the NBA. The idea that not one team has ever come back after having been down 0-3; the Jazz must win, it’s mandatory.

Yes, they may win game four, but for them to come back and win the series, that would be next to impossible.

The Rockets have played well at home, just as they were expected to do, however, holding the Jazz to 90, and 98 points respectively, has been nothing short of a miracle. The Rockets score a lot of points as do the Jazz, and to see 188 points on the board for the Jazz through 2 games – shocking!

Feeling like winning a bet is next to impossible? Visit our SPORTS HANDICAPPERS to turn that around. Happy 420

Houston has scored 113.9 points in the first two games of this series, they are right where they want to be offensively, but before jumping to conclusions, look at this number… The Jazz may be down 2-0 in the series, but they have scored 111.7 points over the first two, making for an offensive differential of two points. That is obviously a narrow margin and one that favors the over of 215.5 points. The Rockets have allowed just 94 points per game to the Jazz’ 120, for a combined total of 214.

The Jazz realize the importance of game three and they also realize that 94 points against a Rockets team that is averaging 113.9 points – this is simply not going to cut it. The Jazz must score well over 100 points to have any chance, and they will.

Utah are giving up 120 through the first two games, let’s allow a 10-point differential at home – allowing the Rockets 110. The Jazz are going to score their average, or very close to it, at home… 111.7. If they score 109, and the Rockets score 108, keeping the spread close (as Vegas thinks it will be), then this game goes over the total. The Jazz must win this game, and in order to win this game they must score more than the Rockets! This one goes over.