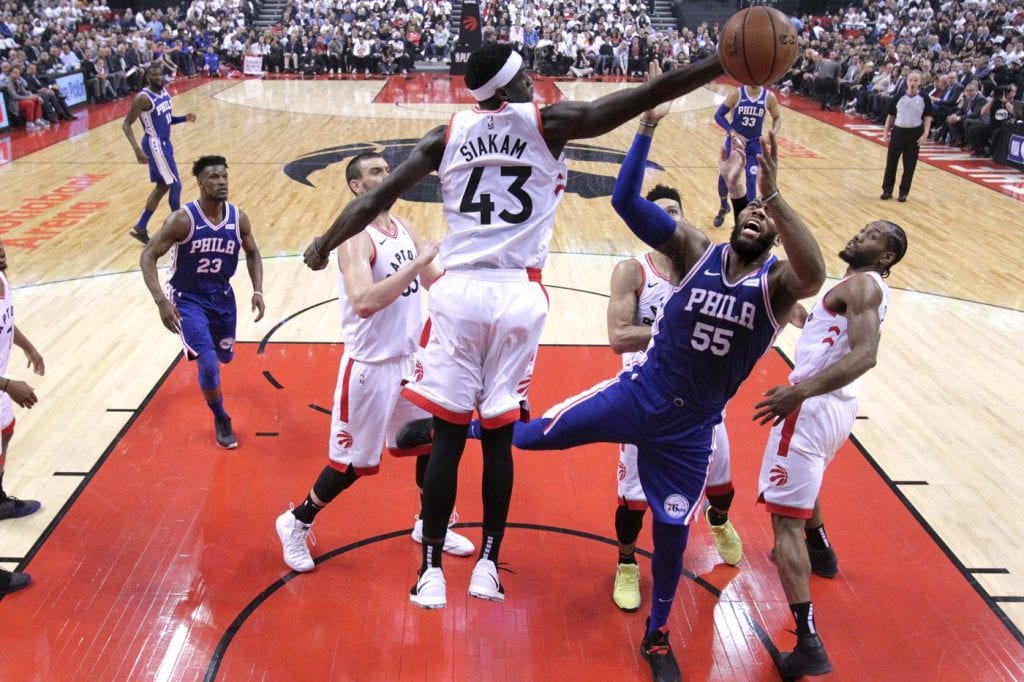 After losing Game 2 as a 6.5-point favorite, it’s time for the Toronto Raptors to regain home-court advantage. With the series tied at 1-1, the Raptors can take a big step toward closing out the Philadelphia 76ers at home with a win at Wells Fargo Arena on Thursday night. Expect Toronto to shoot much better from the floor and take the series lead.

On Monday night, it was Jimmy Butler who erupted for 30 points for Philadelphia. Joel Embiid still has not figured out how to deal with the Raptors Marc Gasol. Embiid made just 2-of-7 shots and scored 10 points. The Raptors defense has effectively shut down the Sixers’ star and the vaunted Philadelphia starting five.

Toronto’s Kawhi Leonard was his usual self in Game 2 scoring 35 points with seven rebounds and six assists. Leonard has been everything you would expect from one of the league’s best. Expect him to continue his destruction of the Sixers defense and expect Pascal Siakam to continue to be a key to Toronto’s domination of teams from the Atlantic Division.

Since 2005, teams that have lost a previous playoff game as the favorite have covered 57 percent of the time in their next game. Toronto is 16-4 straight up against Philly in their last 20 meetings. The Raptors are also 14-5 ATS in their last 19 against the Sixers.

I like Toronto to rebound and beat Philadelphia in Game 3 at -125. The Raptors will cover the -1.5-110 and remember those OVER/UNDER stats? Look for the teams to erupt and go OVER 217.