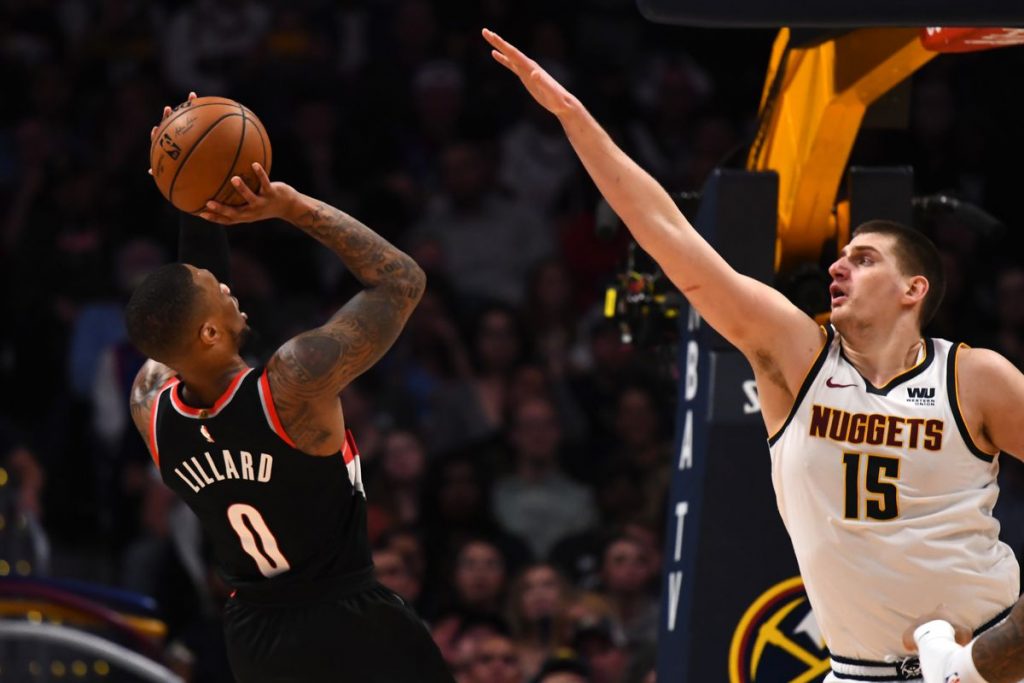 Yeah, I know what you’re thinking. Will he ever get any of this right again? Sometimes you pull the trigger and miss. This time, let’s use a shotgun. Denver holds a 3-2 series lead heading to Portland for Game 6 for their Western Conference Semifinals. You know what that means? It’s Dame Time!

FIND A SPORTSBOOK TO WAGER ON THE NBA PLAYOFFS

Portland’s Damian Lillard did not play well in Game 5. In fact, the Trail Blazers as a whole played what was likely their worst game of the previous six weeks in Denver on Tuesday night. As a team, Portland shot just 36.7 percent from the field, including just 27 percent from 3-point range. They also were crushed on the glass getting out-rebounded 70-55.

Returning home should be what Lillard and backcourt mate C.J. McCollum need. McCollum, who went off for 41 points in the Game 3 overtime marathon victory over the Nuggets, shot just 5-of-16 from the floor and scored 12 points in Game 5. In Portland’s two games at home this series, McCollum has the previously mentioned 41 and 29 points in Game 4. Expect him to play much better at the Moda Center on Thursday.

Denver has done a great job of slowing down Lillard. He is still averaging 26.2 points per game in the series, but the Nuggets frustrated the Portland star in Game 5 limiting him to just 9-of-21 shooting and just 2-of-9 from behind the arc. Lillard loves games like this though. With the Trail Blazers’ backs against the wall, Dame Time will step forward front and center and deliver.

If you’re getting the hint, I like Portland to win Game 6 and force a final deciding Game 7 back in Denver on Sunday. Consider that the Trail Blazers are 12-1 SU in their last 13 home games and they are 4-1 at home this postseason. Sure, the one loss was to Denver, but with elimination on the line expect Lillard to take over and deliver.

The best new sports pick service has been killing it! Game Advisers are at a 65% win rate since April 30th.

The interesting thing with this conference semifinal series is the Total. The Total has gone Over in five of Portland’s last six games. Portland and Denver have combined to score at least 215 points in four of the five games in the series. Wouldn’t you know the Total is set at 215.5. Oh, and don’t forget that Portland is 0-5 ATS home in their last five against Denver.