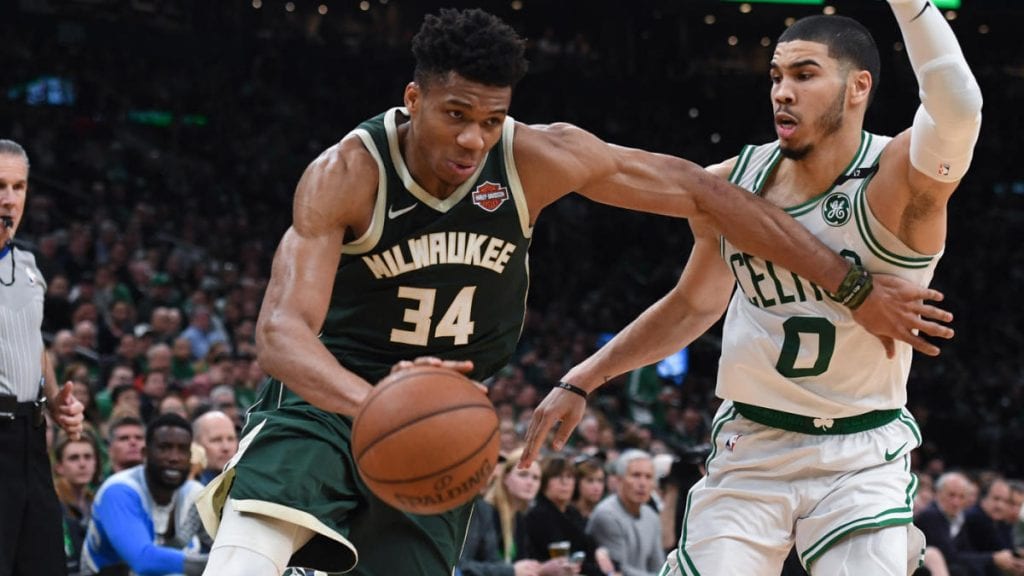 So, I really liked Toronto to shake off its Game 2 loss to Philadelphia and win Game 3 of their series. For some reason, it took the Raptors an extra game as they beat the Sixers in Game 4. Because of that, I’m moving on but staying in the Eastern Conference. Milwaukee travels to Boston on Monday night and the Celtics are looking to make us some money.

Thanks to Game 2 and 3 victories, the Milwaukee Bucks hold a two games to one advantage over Boston in their conference semifinal series. The Celtics surprised everyone with a win in Game 1 at Milwaukee. Since, Boston has not fared all that well.

Kyrie Irving (23.8 ppg, 6.9 apg) and Jayson Tatum, who had just five points in the Game 2 loss, have not played as well as usual. If that continues, the Celtics are in trouble. Boston also needs to do a better job at defending the 3-pointer. Milwaukee has hit 35 shots from behind the arc in the last two games.

Defending the 3-pointer should be a little easier with the return of Marcus Smart, who has been upgraded to questionable for Monday night’s game. Smart was supposed to miss four to six weeks with an oblique tear, but his rehabilitation is ahead of schedule. Smart is arguably the Celtics best defensive player.

With all that said, here’s why Boston is going to make our pockets jingle. The Celtics have not lost more than two games in a row since a four-game losing streak ended back on March 24. Boston lost Games 2 and 3 and cannot afford to fall behind 3-1 with Game 5 back in Milwaukee.

The Bucks will be playing without Pau Gasol and Malcolm Brogdon again. Brogdon averaged 15.6 points per game during the regular season but hasn’t played since March 12 due to a foot injury. While missing those two might not be that big of a deal, something else will.

Boston is 9-3 SU in its last 12 games. The Celtics are also 6-2 ATS in their eight, and wouldn’t you know but the total has gone OVER eight of the last nine times that Boston has played Milwaukee at home. Here’s how it all plays out. Boston wins Game 4, covers the -1.5, and the total is going OVER 220.5. Please and thank you.