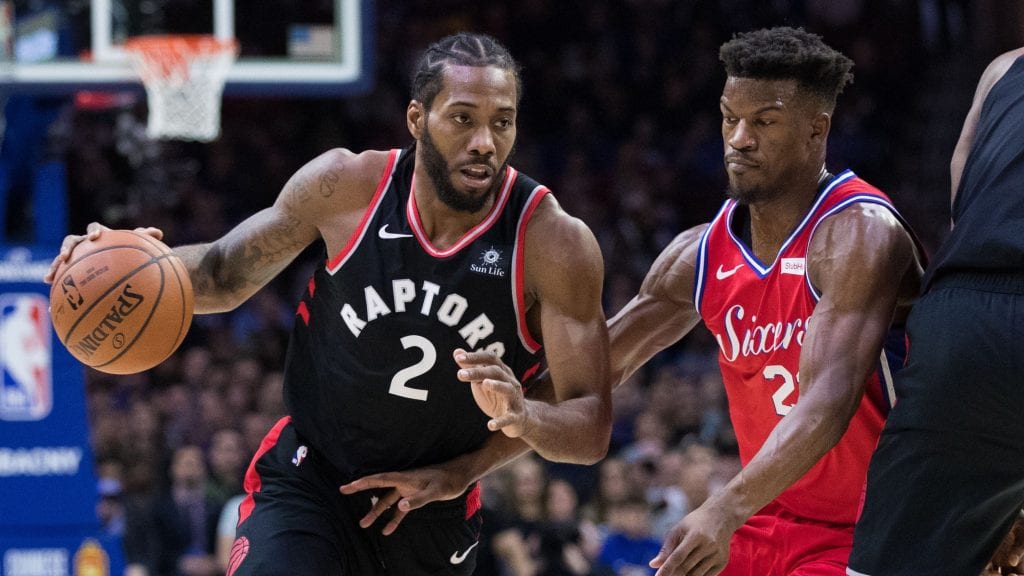 Is it time for the Toronto Raptors to break out the broom? Kawhi Leonard and company have owned the Sixers this season and did so again in Game 1 on Saturday night. Leonard pumped in 45 points as the Raptors beat Philadelphia to make it 14 in a row over the 76ers at home. With a lineup like Philly though, don’t count head coach Brett Brown’s team out just yet.

On the surface, Monday night’s Toronto-Philadelphia matchup looks like a gimme. The Raptors have beaten Philadelphia 18 times in the last 21 meetings with the 76ers. Toronto is coming off of an opening round series win over Orlando in which the Raptors allowed the Magic just 92 points per game. Toronto clamped down on Philly’s star-studded lineup in Game 1 holding the Sixers to just 95 points.

The Raptors only committed 12.2 turnovers per game in their first-round series and they held the Magic to just 38.8 percent shooting. Oh, and did I mention the 45 points that Kawhi Leonard had in Game 1? Toronto has had the Sixers number for a long time and playing in the comforts of Scotiabank Arena on Monday night one would quickly assume I would bet on the Raptors.

If I add in that Toronto is 11-3 ATS in their last 14 games and that the Under has paid in six of their last seven, you might be wondering why I’m wasting time right now and not in my sportsbook.

Toronto has played 16 playoff series as a franchise. Five of those series have come in the Eastern Conference semifinals. In three of those five series, the Raptors have lost Game 2. They lost Game 2 last year and were then swept in four games by Cleveland. The same thing happened in 2016-17.

The other series in which they lost Game 2 was back in 2000-01. Toronto happened to be the lower seed and after winning Game 1 dropped Game 2. Their opponent? The Philadelphia 76ers.

Take a look at my article on Exact NBA Series betting

Pick by Rick B