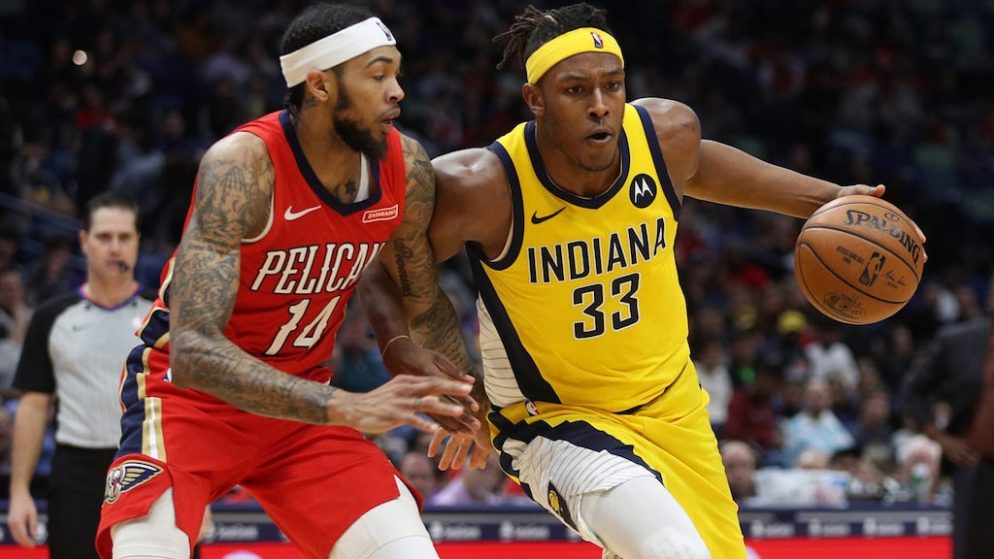 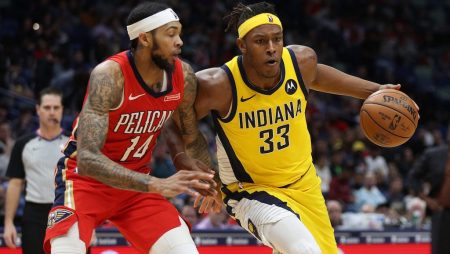 Both Indiana and New Orleans are off to good starts in 2021 and are the source of tonight’s Pacers Pelicans free pick. Both teams are 4-2 and lead their respective division. It is early though.

The Pelicans have only played at home twice this season and won both games. Indiana has only played once on the road and beat Chicago easily 125-106. Pacers star Victor Oladipo’s play early in the season may give the edge to Indiana.

MUST READ > BETTING TOOLS USED BY THE PROS

Indiana is sixth in net rating at +7.4 and their offensive rating of +113.7 ranks fifth in the league. That is a huge improvement from last year when the Pacers ranked 19th. Will this have an impact on today’s Pacers Pelicans free pick? Despite losing two of their last three games, Indiana is playing like one of the best teams in the NBA.

The same is true in New Orleans where some things have changed under new head coach Stan Van Gundy. Pace is one of them. A year ago, New Orleans ranked second in pace playing an up-tempo style of game.

This season, the Pelicans have slowed it down and rely more on defense and rebounding. It’s still early, but after six games New Orleans ranks fourth in defensive efficiency (103.5) and third in points allowed (102.0) per game.

Get on the right side of the Action

The Pelicans are led by 2020 NBA Most Improved Player, Brandon Ingram, who averages 24.0 points per game. Zion Williamson adds 19.7 points and 8.2 rebounds per game. Williamson’s defense, as well as that of 7-footer Steven Adams, is tough to contend with inside.

While New Orleans has upped its defensive game, the offense still leaves a little to be desired. One area that is lacking is three-point shooting where the Pelicans rank 25th shooting just 32.2 percent from behind the arc.

Indiana is a strong defensive team but is also an elite offense. They are also coming off an ugly loss to the New York Knicks and will be looking to redeem themselves. The Pacers are 4-2 ATS this season and will keep this one close.