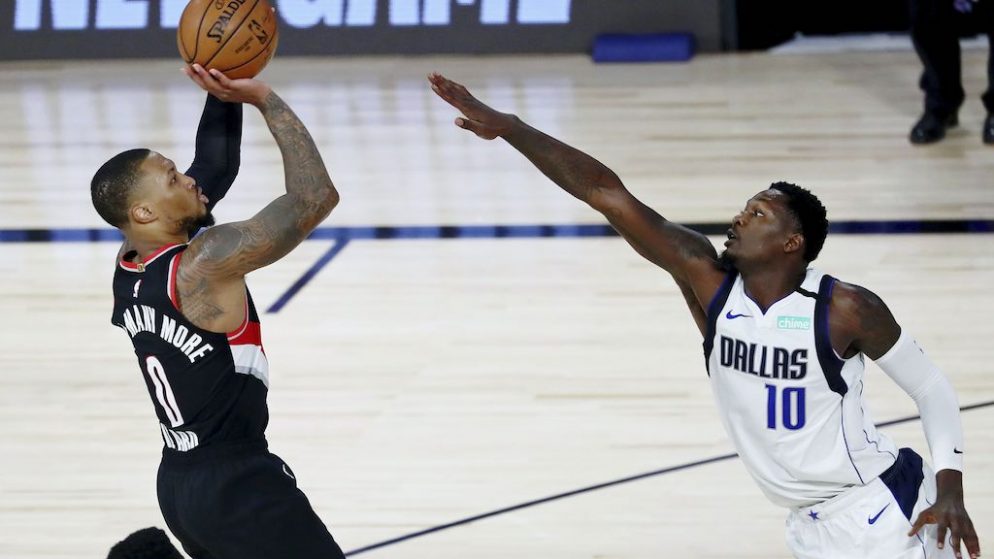 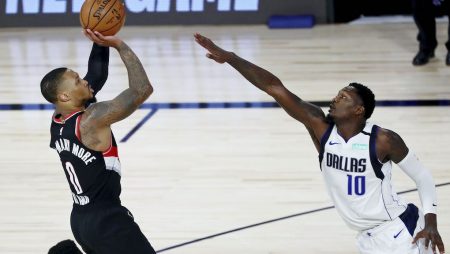 The Portland Trail Blazers can clinch a spot in the Western Conference play-in tournament with a win over Brooklyn on Thursday. Minus Kevin Durant, Kyrie Irving, Spencer Dinwiddie, and a few others, the Nets have actually fared well in the bubble, but what did their absence do for my NBA Free Pick – Blazers vs. Nets?

Brooklyn has won their last three straight. That includes a 129-120 win over the Clippers. For Coach Rick, it really doesn’t matter who wins this one. It all comes down to one thing – Dame Time.

If you have been watching the NBA bubble, you are aware of the phenomenon known as Dame Time. You know, Portland’s Damian Lillard. The Trail Blazers guard is proving to be absolutely unstoppable. 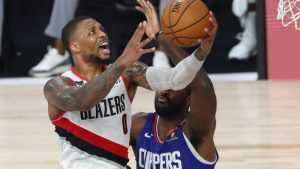 Damian Lillard has been unstoppable

He lit up Philadelphia for 51 on Sunday and then followed it up with a nice 61 in a win over Dallas. Lillard hit 9-of-17 three-pointers against the Mavericks.

So, what does Lillard do for an encore? It’s Portland’s final game of the “regular season” and a win clinches a spot in the play-in tournament. A win in the play-in would give Portland the No. 8 seed in the Western Conference.

That’s exactly what Lillard wanted when the NBA was still trying to figure out how to finish a season interrupted by the coronavirus. Now, Dame Time will have the opportunity to control its own destiny.

Lillard is averaging 36.9 points per game in the bubble. He’s also averaging over nine assists per game and has had two double-doubles. More importantly, he’s got support all around him and doesn’t have to do it alone.

C.J. McCollum averages 22.2 points a game. Jusuf Nurkic and Zach Collins are both back from injuries and Carmelo Anthony chips in. Anthony had 26 in the win over Dallas when Lillard had 61.

So, bettors looking for NBA free picks know it comes down to this. Portland is averaging 124.8 points a game in the bubble. The Nets give up 117.8.

In six of Portland’s last seven games, the Over has hit. The total has gone Over in six of Brooklyn’s last nine games against the Trail Blazers.

Expect another big night from Dame Time and plenty of points on the board. Take the Over.