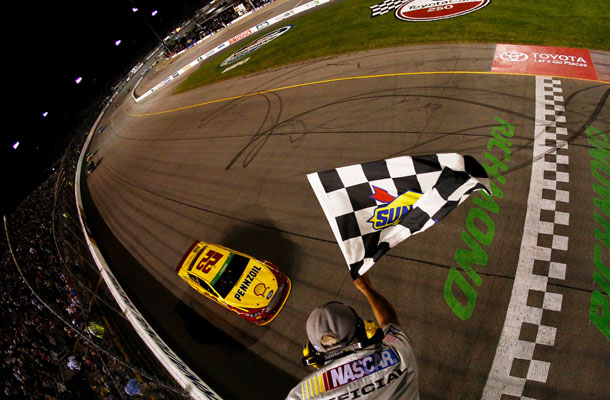 We have another night race this Saturday, as the Toyota Owners 400 will be held at the Richmond International Raceway. Several drivers have excellent track form and it’s unlikely we’ll see a high-priced winner this weekend, although anything can happen.

Odds to Win the Toyota Owners 400

Bet on the NASCAR Sprint Cup at America’s Bookie.

Four drivers are paying 6/1 or less in the outright winners market, while a total of six drivers are paying less than 10/1 odds. There isn’t going to be a ton of value at Richmond, as the same few drivers tend to rise to the top when there’s a race on this track.

Kevin Harvick (+450) is the outright favorite to win. He has the third best driver rating at Richmond in the last two years (four races) and he won this race in 2013. His best finish since winning is 5th place though; and at under 5/1 odds I won’t be betting Harvick.

Keselowski has the highest driver rating in the last two years on this track. Last year he finished 4th place in this race and won the race on this track later in the year in September as well. Keselowski dominated this track last year and that could continue.

Logano won this race last year and finished 6th place in the race in September. Logano will likely contend with Keselowski again at the top. Both drivers have a win in 2015 already. Logano is having a great year and he’s in 2nd place in the Sprint Cup standings.

Kurt Busch (+700) has had mild success recently at Richmond, but I don’t expect him to be a contender to win. Matt Kenseth (+900) is the final driver paying under 10/1 odds. He won the race last weekend, but he isn’t going to win two in a row.

I’m sure Carl Edwards (+1200) will be a popular pick, as he won at Richmond back in 2013, but last year he struggled in both races and didn’t lead a single lap. Edwards isn’t likely to contend and I’ll likely be betting against him in match-up markets this weekend.

Clint Bowyer (+5000) isn’t a driver I’ll bet to win, but I’ll be using him in match-up markets. Bowyer won on this track in 2012 and he has two top three finishes in the last two years as well at Richmond. Bowyer will get his first top ten finish since the Daytona 500.

Another driver that’ll be popular is Jeff Gordon (+1100) and he has a good chance to win. He finished in 2nd place in both of the races in Richmond last year. At 11/1 odds you can’t go wrong with Gordon this week. I’m betting on Keselowski and Gordon.