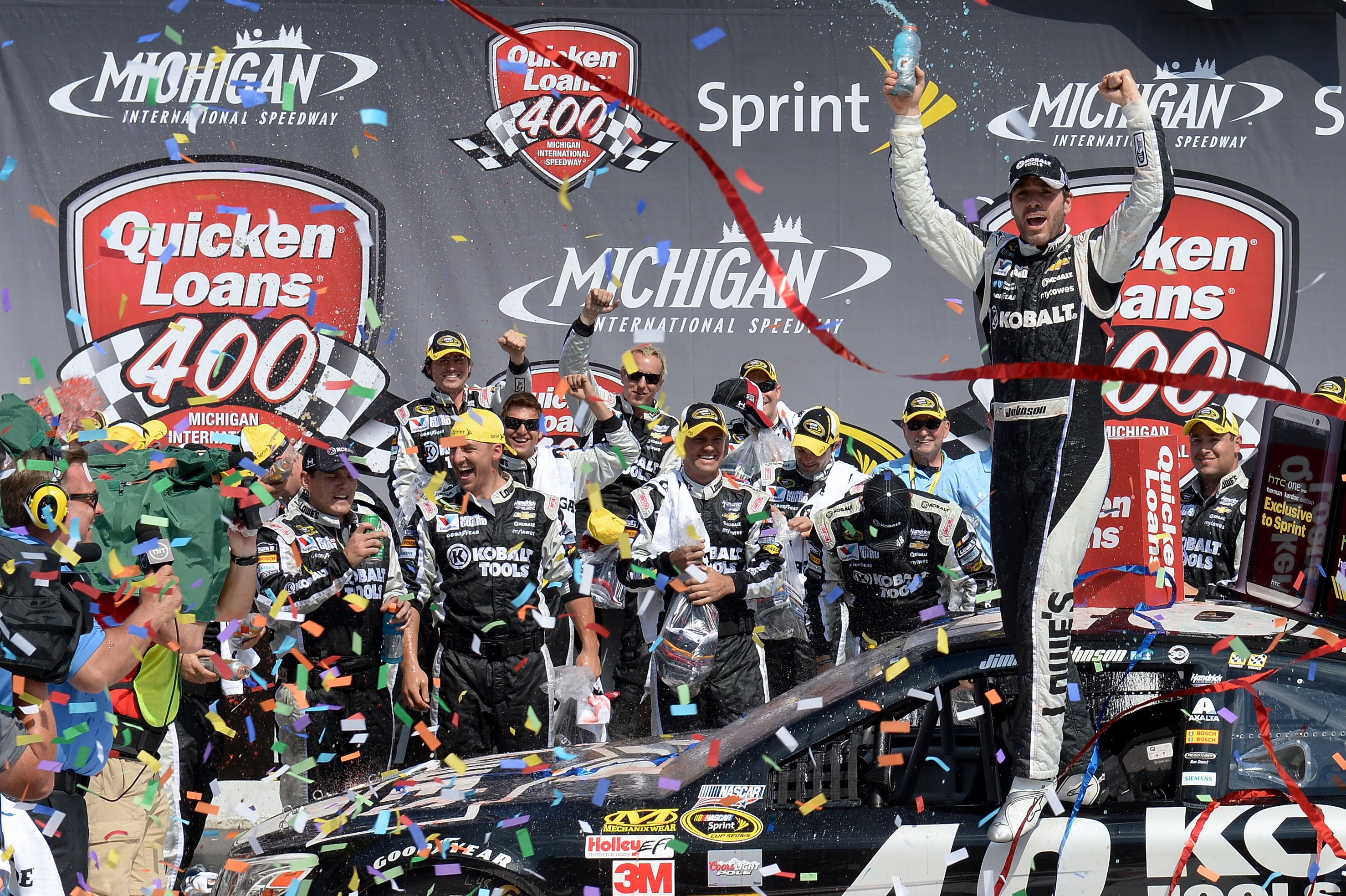 The Quicken Loans 400 is this Sunday at the Michigan International Speedway. Martin Truex Jr. dominated the race last weekend and he earned his first victory of the 2015 season — Truex Jr. is now second place in the Sprint Cup standings.

Kevin Harvick still leads the way, while Jimmie Johnson, Joey Logano and Dale Earnhardt Jr. round up the top five.

Bet on the NASCAR Sprint Cup at America’s Bookie this weekend and get a huge bonus.

Will Kevin Harvick finally pick up his second career win at Michigan? Harvick won on this track back in 2010, but he has finished in 2nd place in four consecutive races now at Michigan, which is why he’s heavily favored to win this weekend.

Johnson, Kurt Busch and Truex Jr. are all paying under 10/1 odds too.

In fact – Harvick only led in one of the four races where he finished 2nd in Michigan. At +325’m not interested in Harvick and I think he’ll face plenty of competition. Jimmie Johnson (+575) is another driver I feel is priced too low based on his track form.

Johnson won this race last year and finished in 9th place in the August race here in Michigan. However, he has had plenty of engine problems at Michigan too in his career, plus numerous poor finishes outside of the T20. He has had little consistency here.

When I bet on a driver at +575 odds I expect them to be dominant on the track, which isn’t the case with Jimmie this week. I’m also surprised Kurt Busch (+875) is priced so low. He’s having a good season, but he has never done well at Michigan.

Since 2010 – Busch has raced in Michigan ten times and he only has two top ten finishes – two third place finishes in 2010 and 2013. He has finished in 30th place or worse in five of the last seven races and it’s likely he’ll struggle again this weekend.

My bet is Joey Logano (+1250) who is also having a great year. Logano has four consecutive top ten finishes in Michigan, including a 3rd place finish in this race last year and a 1st place finish the year prior in this race. It doesn’t get much better than that.

Logano also has the best driver rating in Michigan the last two years – he’s even ahead of Harvick here.

Jeff Gordon (+1350) and Greg Biffle (+6600) have both won here in the last two years as well. Biffle has four career wins at Michigan and his odds are very long. I’ll wait to see where he starts, but I’m tempted to bet on Biffle to pick up the win for a 1/2 unit.