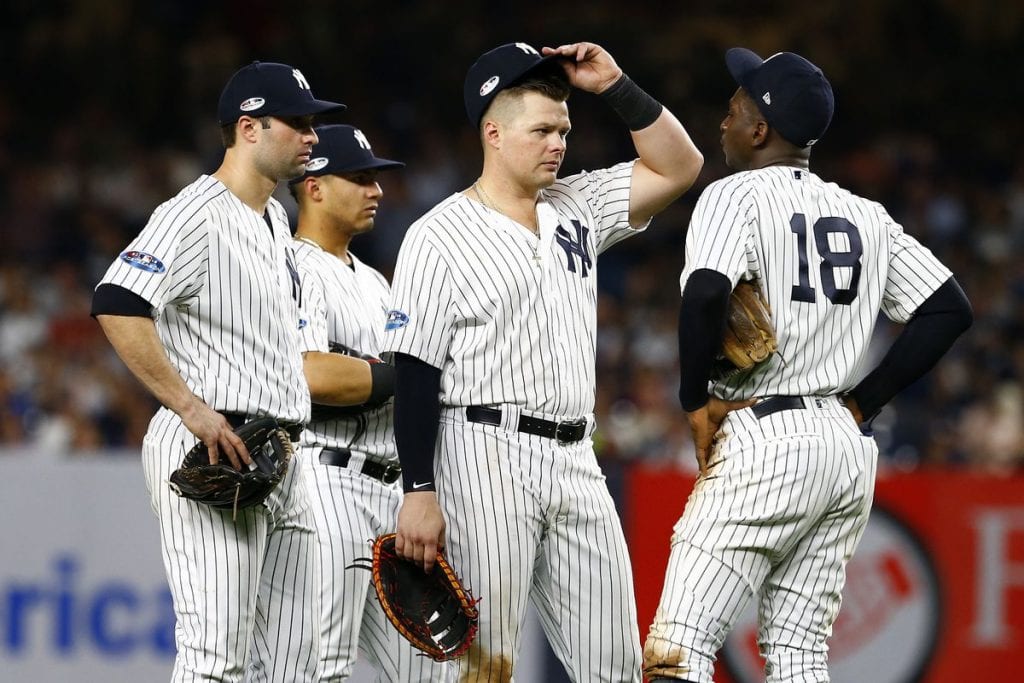 After a successful debut from Beava yesterday, I’m going to jump on the Yanks – Red Sox bandwagon for today’s ATB Free Pick. But with Sale and German taking the mound, will these two powerhouses continue to pound pitchers and run the score up? This scoring barrage can’t keep going can it…or can it?

The OVER looked a little dicey yesterday at 12 when the score was 1-1 through 3, but shortly after the bats came to life and took care of that. The bats came alive in the 4th, starting with a Luke Voit double with the revived Gio Urshela driving him in.

It seemed that was all motivation the BoSox needed, plating 3 runs, including a 432 foot JD Martinez homer in the bottom of 4.

From there, there was at least one run scored in the next 4 innings, paying out the OVER yet again.

Going back to their London series, a span that includes 5 games, the Boston Red Sox and New York Yankees have scored an average of 20.2 runs per game!

Chris Sale seems to be back on track, allowing 2 earned runs over 12 innings in his last 2 starts. He’s struck out 22 and walked 5 in that same timeframe. However, he is 0-2 with a 6.55 ERA in 2 starts vs. the Yankees this season.

In those starts, Sale has given up 14 hits, including 2 homers and 8 earned runs over 11 innings. Encarnacion has hit 3 bombs off him in 18 ABs, and you can be sure DJ LeMahieu wants back in the lineup with a good history against Sale.

For the Yankees, Sunday German takes the mound, who is coming off his worst start of the season. He allowed 8 earned on 9 hits over 3.2 innings on Monday versus the twins. In limited at bats, the Red Sox hitters are 10 for 32 for a .312 average.

Neither bullpen has been able to shut anyone down late in games. All this gives me confidence that this one will go OVER again in Prime Time!

I don’t think the Yankees get swept and are worth a small unit moneyline wager at the inflated odds of +173.