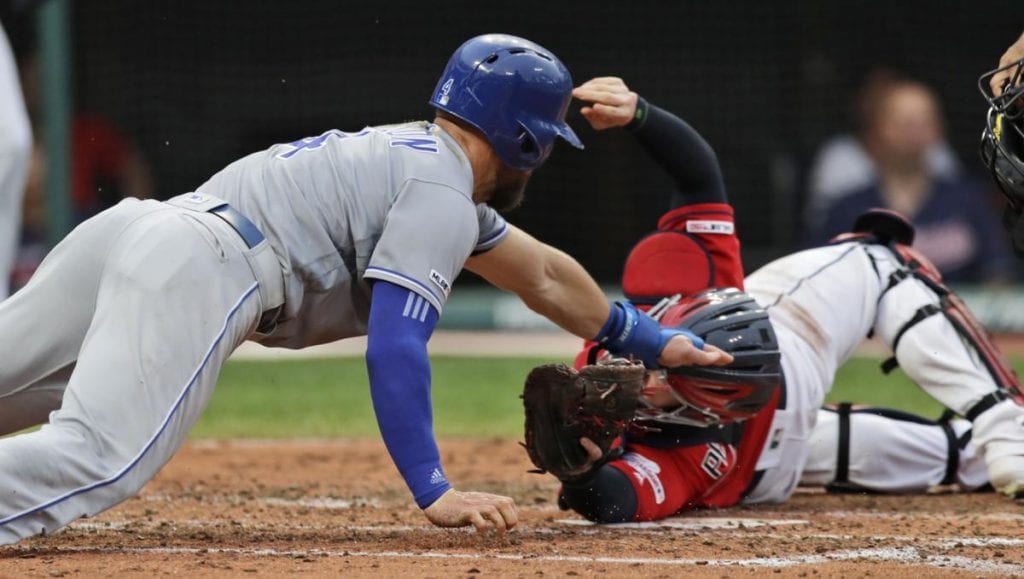 The Cleveland Indians are hot and come into todays contest having won six in a row. The Royals on the other hand. Well, let’s just say, they’re the Royals! Not only are they awful, they are a paltry on the road with a 14-34 record and 36-63 overall. This Royals team is an odd one indeed. From time to time they actually find some heart and play well, however, with an overall lack of talent on the team, the Royals organization has packed in any idea of winning.

Not so very long ago (it seems like another lifetime now) the Royals won the World Series. This team was back after a 30-year drought. Their hall-of-famer George Brett, he had this team back, contending, and hoisting the trophy. Those days seem like ancient history. (Just 4 short years ago)

The Royals send Jakob Junis to the mound with a 5-8 record and a 5.08 ERA. Junis was the Royals hope this season and it hasn’t worked, but then again, as we talked about above, what has worked out. The Royals have had close to no consistent starting pitching, their bullpen has been awful, and their hitting has been hit and miss, and mostly miss.

The Indians have all kinds of bright spots with Carlos Santana leading the way with 21 homers, .286 avg. and 54 RBI. When Corey Kluber went down, the talking heads said Cleveland was done. Kluber has been the man for umpteen years in Cleveland and without him in the rotation, its over.

So much for that theory! Kluber is a special pitcher, he’s been the cornerstone of anything the Indians have had over the last few years but that seems to matter not with what has turned into a resilient team. They offer great value when betting baseball.