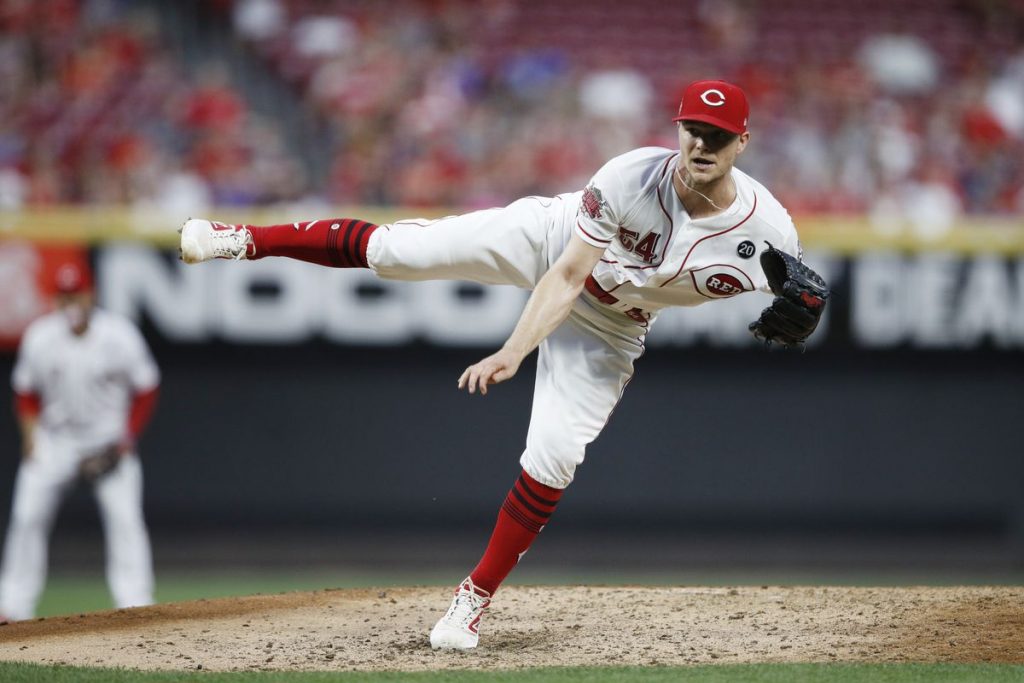 The Astros and Rangers got the second half of the 2019 MLB season started last night, with another free winning pick by Rick I must add. Tonight all 30 teams get back at it, and on my way through the odds list, there were actually a few games I liked. I’m going with Reds at Rockies up in Denver.

IN CASE YOU MISSED THE EPIC HOME RUN DERBY BATTLE BETWEEN VLADDY JR. AND JOC PEDERSON – HERE IT IS

The Cincinnati Reds closed out the first half losing 2 to the Cleveland Indians, but prior to that won 3 of 4 (including 3 in a row) against the Brewers and 2 of 3 against the Cubs.

The Rockies season has been just that…rocky. They ended the first half on a 6-game losing skid, getting swept by both the Astros and D’backs.

They are still in a great position to get into the postseason, currently sitting 2.5 games back from the second Wild Card spot. The problem is, there are 8 teams that are in the race, all 2.5 games back or better.

It’s two shades of Gray on the mound tonight, as Sonny and Jon will take the bump.

Looking at National League stats, Jon is tied for 5th in wins with 9, 11th in strikeouts and 23rd in ERA, which isn’t bad for a starting pitcher that calls Coors Field home.

Sonny has quietly been putting together a great season himself. While you won’t find him atop many stat categories, he is 14th in ERA, 17th in K’s and 14th in WHIP. In his 17 starts this season, Sonny has allowed 3 or fewer runs in all but 2 of them.

Since May 21st, he is 5-1, including an 8 inning gem against the Brewers his last time out, allowing 4 hits, striking out 12 batters and walking one, with no runs scored in a 3-0 victory.

I went into this one considering the Reds at +118, but I think 12 runs is too much for even Coors Field with these two starters on the mound tonight.