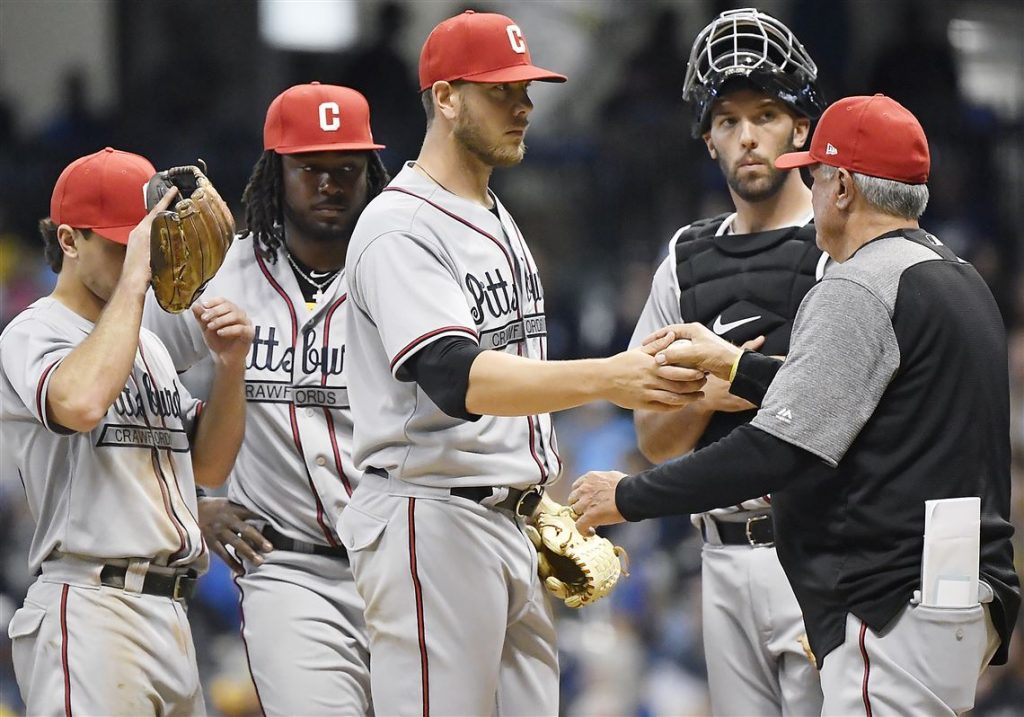 The Brewers take on the Pittsburgh Pirates for game 2 of a three-game set and the path to victory for the Pirates is going to be a tough one this afternoon against RHP Zach Davies. Davies has put together a 6-0 start to the season with a 2.20 ERA, a 1.22 WHIP, 65 hits, 45 K’s and 20 BB, while giving up just 6 homers over 69.2 IP. The problem for Pittsburgh, hitting.

VISIT OUR MOST TRUSTED SPORTSBOOKS

Jordan Lyles takes the mound against Milwaukee and he comes in with two straight losses but has amassed good numbers despite the setback over the last two outings. Lyles is 5-3 with a 3.38 ERA, 1.22 WHIP, 50 hits, 61 K’s and 20 BB over 61.1 innings pitched.

The Brewers come into this game having hit a ton of homeruns (110) as well they come in hot against the Pirates with a 4-1 record this season. The Brewers have owned the Pirates in their four wins this season with 41 runs, 14 homers, and have batted .300 against Pirates pitching.

Friday nights game was more of the same with 14 hits and a Ryan Braun three-run blast. The Brewers have their best record to date thus far in the season at 8 games over .500 and the bats are hot. We get it, we like it and we like the number at -172, with one exception. We hate these kinds of games when the opposing pitcher is the likes of Lyles and comes in having dropped two in a row.

The hottest picks in the land….ATB Pick of the Day

The batting has been hot for the Brewers and that’s a tough argument. The batting has been cold for the Pirates and that’s not a tough sell. When the pitching shuts a team down, they have done their jobs. Brandon Woodruff struck out 10 Pirates over six inning on Friday night and even he was talking about the offense. “It’s a testament to how good our offense is, they come out and they swing the bat and are able to put up runs.”

Prediction: Pirates +1.5-125 – Lyles has a solid outing and the Pirates may pick this one up, despite the hot hitting from Milwaukee. The Pirates keep it close enough to like the run line.