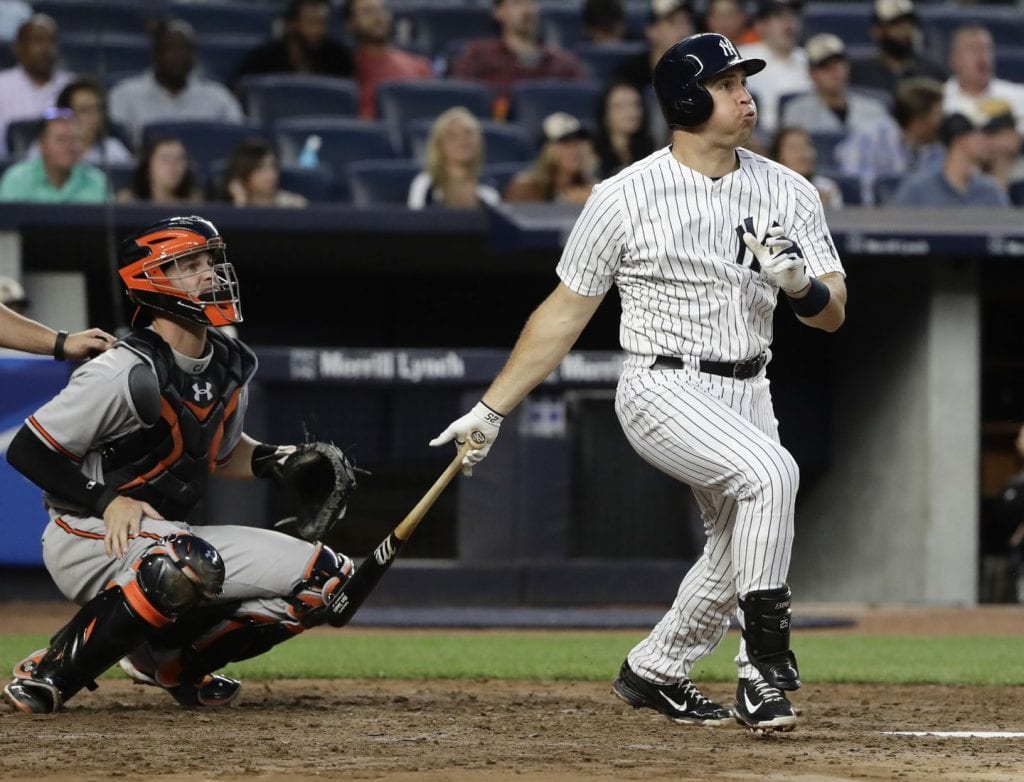 The New York Yankees return home for Game 7 of 19 with American League East foe Baltimore. Both teams are coming off big wins on Sunday. The Orioles beat the Angels 5-1 and the Yankees took down AL Cy Young Award winner Blake Snell and Tampa Bay. Look for one thing on Monday night – run production.

Despite a myriad of injuries, the Yankees continue to put up strong offensive numbers. New York hits a respectable .253 and is 10th in MLB with 56 total home runs. Catcher Gary Sanchez (11) and Luke Voit (10) lead the Yankees in homers and veteran D.J. LeMahieu is batting .333.

What makes Monday’s game so interesting is the pitching matchup. The likes of Sanchez, Voit, and LeMahieu will go up against Baltimore right-hander David Hess. Hess is just 1-4 on the season with an ERA of 5.50. His season started well. On April 1, Hess pitched 6.1 innings of no-hit baseball against Toronto to earn his first victory of the season. He hasn’t won since.

Hess gave up five hits and four earned runs in a loss to the Yankees back on April 7. Hess has given up at least three runs in every start since April 1 and he has a penchant for giving up home runs. He has allowed 10 so far this season.

We’ve been doing well on our ATB Pick of the Day, check them out here.

On the other end, Baltimore will go up against Yankees right-hander Jonathan Loaisiga, who is 1-1 on the season with a 4.50 ERA. Loaisiga has started just three games and has pitched a total of 14 innings this season. In those 14 innings, the righty from Nicaragua has allowed seven runs on 13 hits.