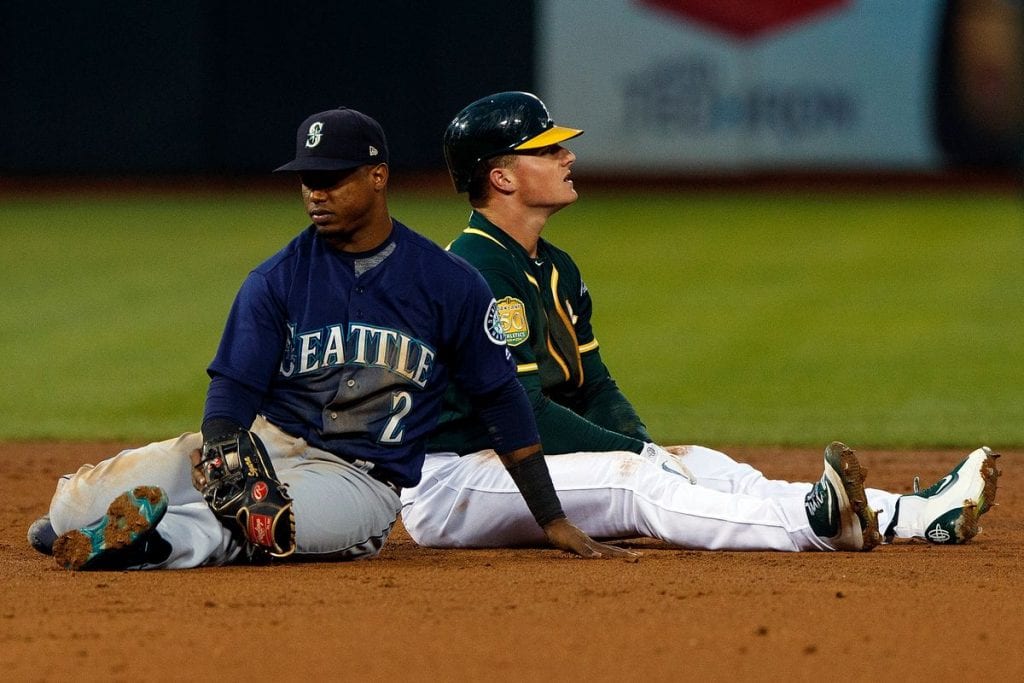 Normally, this wouldn’t be a sexy game and we’re not saying that it’s a sexy game today, but we do like the curb appeal the Oakland A’s are giving their fans. Don’t look now, but this team comes into the three-game set with a 53-41 record and having won 8 of their last 10 games. The A’s are squarely in this race in the AL West and they will absolutely give Houston a run.

At 5.5 games behind the Astros, this team can compete, and they have been. Tonight kicks off a three-game series between the hapless Mariners and the surging Oakland A’s.

As good as the A’s look, this one has a twist; Marco Gonzales. Marco is the one bright spot for the Seattle Mariners, as he takes the mound with a 10-7 record along with 4.24 ERA.

The Seattle Mariners are not coached well – they have great players and a ton of talent, but they need a couple of arms. The offseason killed them, and their front office continues to shoot holes in the bottom of the boat. The entire organization is a disaster and until they are sold to people that love the game of baseball, things will remain the same in Seattle. There is simply no passion to make this team better and the fans are the ones taking the beating.

The Oakland A’s on the other hand, they are playing a special kind of baseball, they are not the same A’s of the recent past. This team is 5.5 games behind Houston and that’s another team that’s not the same as they were just last season.

This A’s team has the mojo right now and they have found lightning in a bottle. They can catch Houston, it will be a tight finish for the AL West.

MUST READ – BASEBALL BETTING: THE BASICS

Look, the Mariners have been downright dreadful in the last 3 games and have been outscored 28-5 by the Angels since the All-Star break, which includes a no hitter. It doesn’t get much worse.

However, Marco Gonzales has turned it around and is back to his 5 and 0-start self. Marco gets up fort the A’s and who knows why, but he does. The A’s are hitting well, and the Mariners are slumping badly but tonight goes Marco’s way. I must give the nod to the Mariners.