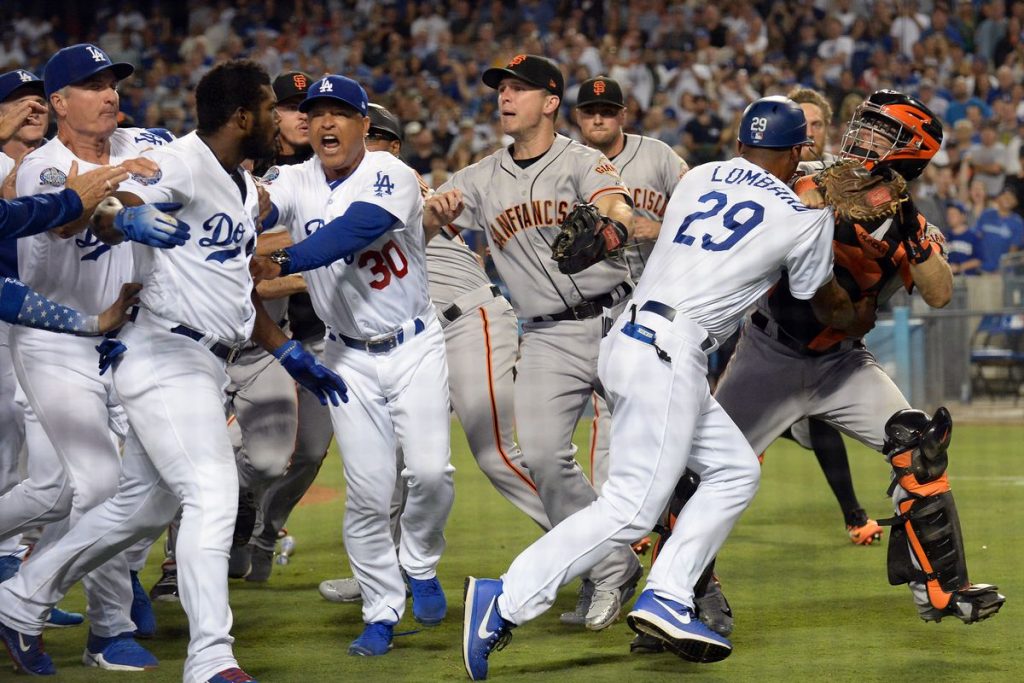 Throw out the fact that the San Francisco Giants are in last place in the National League West Division. The Giants-Dodgers rivalry is one of the best in baseball. The two teams meet for the fourth time this season beginning a four-game series on Monday night. If you think just because the Giants are in last place that this will be an easy Dodgers’ victory, think again.

While the Giants do reside at the bottom of the NL West, they won four straight before losing to Milwaukee on Sunday. San Francisco has also fared well against the Dodgers winning four of the nine games the two teams have played thus far this season.

It will be a battle for the Giants who will start right-hander Tyler Beede. It will be Beede’s first career start against the Dodgers. He is just 0-2 on the season with a rather high 8.06 ERA. The Giants did win two of Beede’s last three starts though he did not factor into the decision.

On the opposite end, Los Angeles will start veteran Kenta Maeda who is 4-3 lifetime against the Giants. In 12 starts against San Francisco Maeda’s ERA is 4.04. The right-hander is off to a strong start in 2019 having gone 4-0 with a 2.73 ERA in May.

While it appears the Dodgers have the advantage with Maeda on the mound and a 28-8 home record this season, there’s simply not enough value on the run line (-1.5-125). Where it’s at is on the Total.

The Giants and Dodgers have met nine times this season. Let’s throw in the last meeting from 2018 and make it an even 10. In those 10 games, the two teams have combined for a total of 7.40 runs. Over their last three games, that number drops to 4.33.

On this baseball Monday, Maeda, who held the Giants scoreless back on April 29, will cool off the recent hot streak by the Giants and we are going to be the Total goes Under 8.5