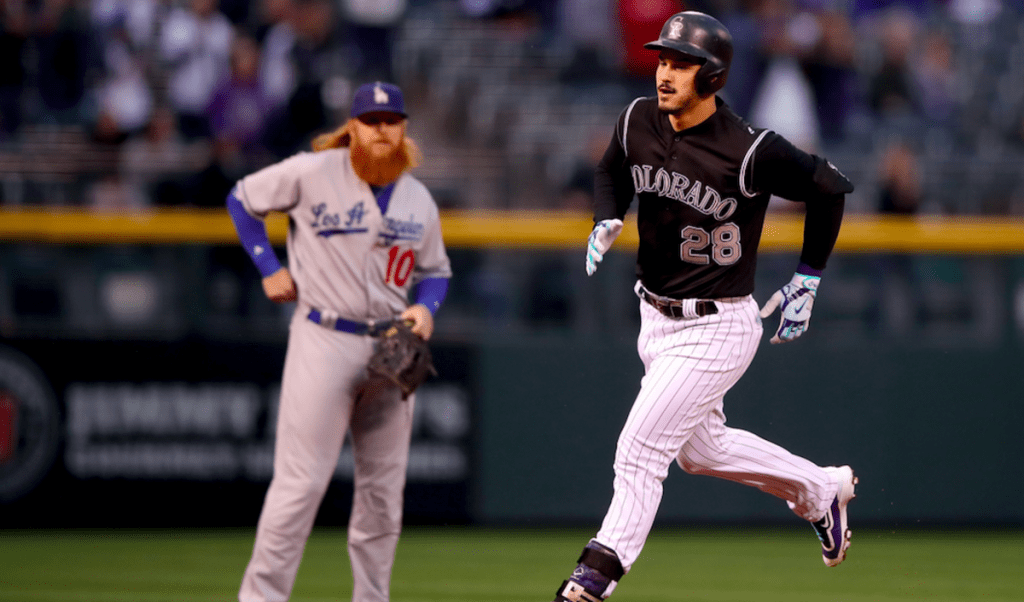 To keep this blazing hot summer going, it’s only fitting that we follow MLB’s winningest team, the Los Angeles Dodgers, to Colorado where they will face the Rockies on Monday night. What’s more surprising? That the Dodgers have 69 wins or the Rockies are in last place in the NL West Division? Who cares! What really matters is where Monday’s game is being played.

Yes, Monday’s game is being played at Coors Field. If you are unaware, remember Coors Field is located about 5,200 feet above sea level. Quick science lesson. Air is less dense at higher elevations. That means baseballs will travel farther when hit. That is why Coors Field is normally among the friendliest home run hitting parks in MLB.

TESTING THE BENEFITS OF DOCTORING A BASEBALL

On the other end, the Rockies, despite being in last place in the division, are right behind L.A. in fifth place in runs scored. The Rockies’ team batting average is sixth-best (one spot ahead of the Dodgers) in the majors. Bottom line is Colorado can hit and produce runs.

The Rockies and Dodgers have played 10 times this season. The Dodgers have won eight of those games. Seven of the ten have been played at Coors Field. Both Dodgers losses came in Colorado.

The key here though is runs. In the seven games played in Colorado, a total of 108 runs have been scored. That’s an average of 15.4 per game.

*** Must Read – Want to Grow Your Bookie Business?

Monday’s Total is 12.5, which appears to make this a tough pick. Don’t be fooled. Here are the scores in the opening games of the two series played in Colorado – 10-6 and 12-8. It’s going to happen again. Take the Over.