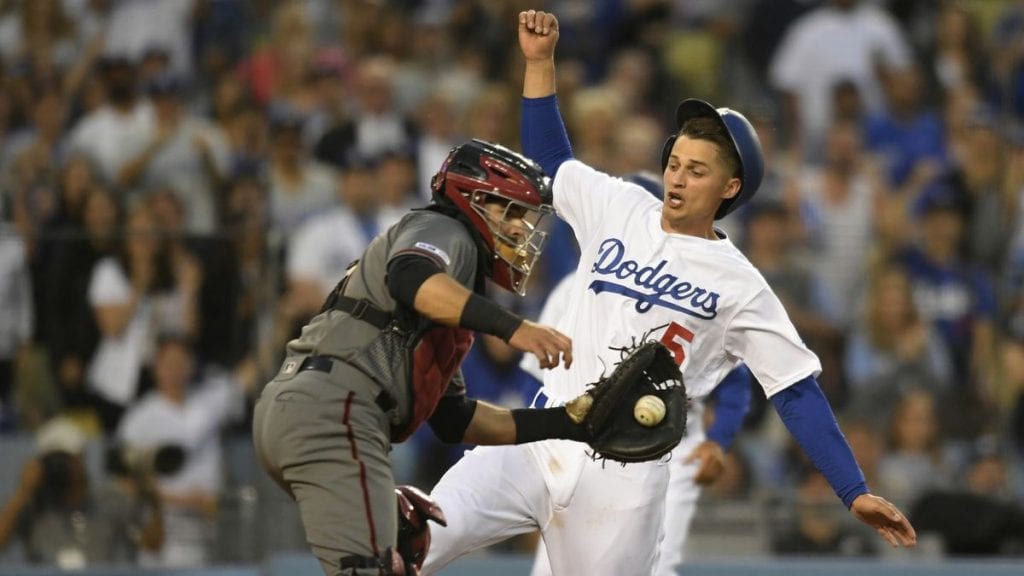 The Los Angeles Dodgers finished a three-game sweep of the Philadelphia Phillies to record their 41st victory of the 2019 season. That would give them the most wins in the majors. On Monday, the Dodgers begin a three-game series with NL West Division foe Arizona. With nine wins in their last 10 games, will L.A.’s streak continue?

The Dodgers have won five straight and in those five straight wins they have scored 29 runs. On Sunday, they put up eight in a shutout victory over the Phillies. To make things even worse for Arizona, Los Angeles will likely have 3B Justin Turner back in the lineup. Turner has been suffering from an injured hamstring.

What all that means is the Dodgers can hit. Because they can hit, they tend to score a lot of runs. Los Angeles is second in the majors (behind Minnesota) in runs scored (326). The Dodgers average 5.43 runs per game.

L.A. will face Arizona pitcher Robbie Ray, who is 4-2 on the season. Ray leads the D-backs with 82 strikeouts, but his ERA has hovered over 3.50 for most of the season and currently sits at 3.59. In his last outing, Ray lasted 4.2 innings against Colorado giving up eight hits and five runs. It was Ray’s first loss since April.

The thing about Arizona is they can score as well. Despite their .500 record, the Diamondbacks average 5.27 runs per game. In their last five games, Arizona has scored 31 runs or over six per game. This all leads us to a simple conclusion – there are going to be plenty of runs scored on Monday night in Phoenix. Bet the Total going Over 8.5 in this one.