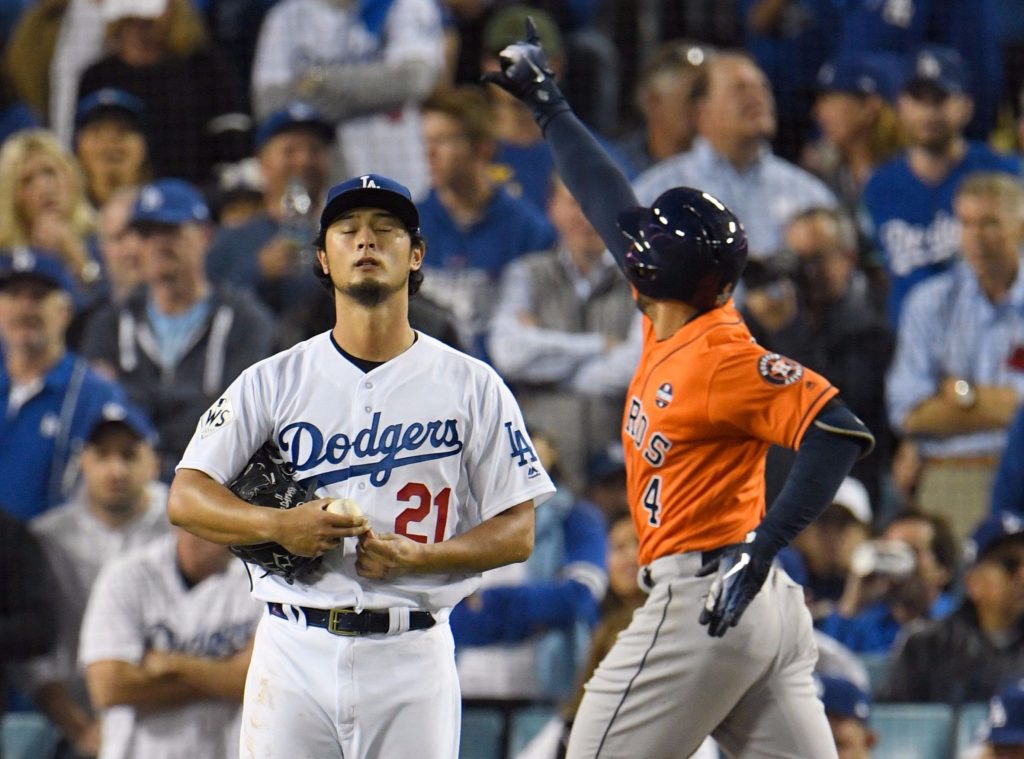 Yu Darvish takes the mound against 7-1 Walker Buehler, and the last time that Darvish took the mound in Chavez Ravine, was in Dodger Blue. We would love to say what a difference a year and a half makes, a fresh start, a new team, a new lease on life; wrong! For Darvish nothing has been good, oh well, let’s not be so entirely mellow dramatic, not all has been bottom of the barrel for Darvish, however, things certainly have not been how he had hoped, and they have certainly not been how the Cubs had hoped when they signed him.

Darvish has never been the same since coming back after missing an entire year of play with the Texas Rangers and this year is no exception with a 4.98 ERA and a 2-3 record with the Cubs this season. He gets up for the games, does well early, and then blows the lead such as Monday night’s performance in Colorado with a 4-0 lead, and then subsequently gives up a pair of two-run shots in the bottom of the third.

Dodgers fans have a very long memory, and if memory serves them correctly tonight, this row is going to be tough to hoe for Yu Darvish. There is still sand in the craw of every Dodgers fan and it goes back to Game Seven of the World Series when Darvish was given the start and gave up a quick 5-runs and 4 earned runs in 1 1/3 innings.

That WS should have been on the Dodgers plate and after such a long drought; the fans have been and will be slow to forgive. Tonight’s reception could be “cool” to say the least.

Walker Buehler has been nothing short of stellar this season and comes in with a 7-1 record along with 78 strikeouts on 75.1 innings pitched, with just 13 walks and 8 homers given up. The Dodgers are playing fantastic baseball and are fun to watch.

The Cubs are not a bad team either as they are well respected nationally and easily hit the top 7 or 8 in most power rankings around the country.

Prediction: LA -1 ½ The Dodger hitting is on fire as well as Walker Buehler. At home, with 7 losses on the season, we must bet the run line, it’s the number with the best-betting value.