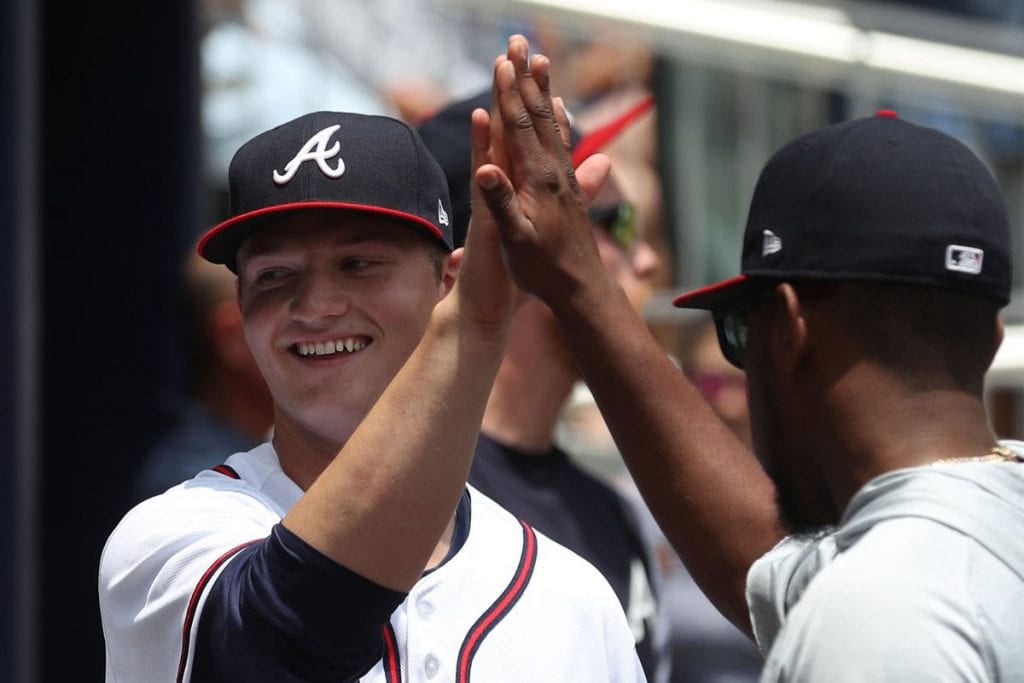 The MLB trade deadline is right around the corner, making this the perfect time to get your World Series Future wagers in. If you know enough about baseball, you know tendencies certain GM’s have.

In my opinion, the rule change eliminating the waiver trade period, and sticking with a hard deadline has put even more excitement around it. Teams are waiting until the last minute to get a better feel of the landscape, and I’m expecting a flurry (to the solar plexus) of activity. Oh yeah…a pick…ripped the bong too hard this morning.

This is going to be a pitchers’ duel. Mike Soroka’s ERA of 2.46 is 4th in the league and he is straight nasty against right-handed hitters. Right-handed hitters are batting .194 off him, with left-handers batting .282. He has 57 K’s vs. righties…29 vs. lefties.

The top of the Phillies lineup is loaded with big bats, but very right heavy. Segura, Hoskins, Realmuto, Kingery…all righties. There is that Bryce guy though. I’m sure these division rivals will end up facing each other a hundred times, but in limited ABs, Soroka has kept them all in the yard.

A Gamer…that’s what Jake Arrieta is. Sure the 33-year-old has seen his better days, but you can be sure if he sees Soroka mow down the top of the lineup in the 1st inning, he’s gonna cowboy up and have his best stuff.

Need more? In 93 at bats against the current Braves roster, Arrieta hasn’t allowed a home run and has only given up 9 RBIs! They have amassed a .190 batting average against Jake. These teams know the importance of this series. This will be the series of the weekend.

Oh…the GM / trade deadline talk earlier. Dating back to his time with the Blue Jays, Alex Anthopoulos is known to be aggressive at the trade deadline when his team is in it. Find a good line and bet the Braves to win the NL East.

If you’re still reading, I like the Indians -128 tonight too.