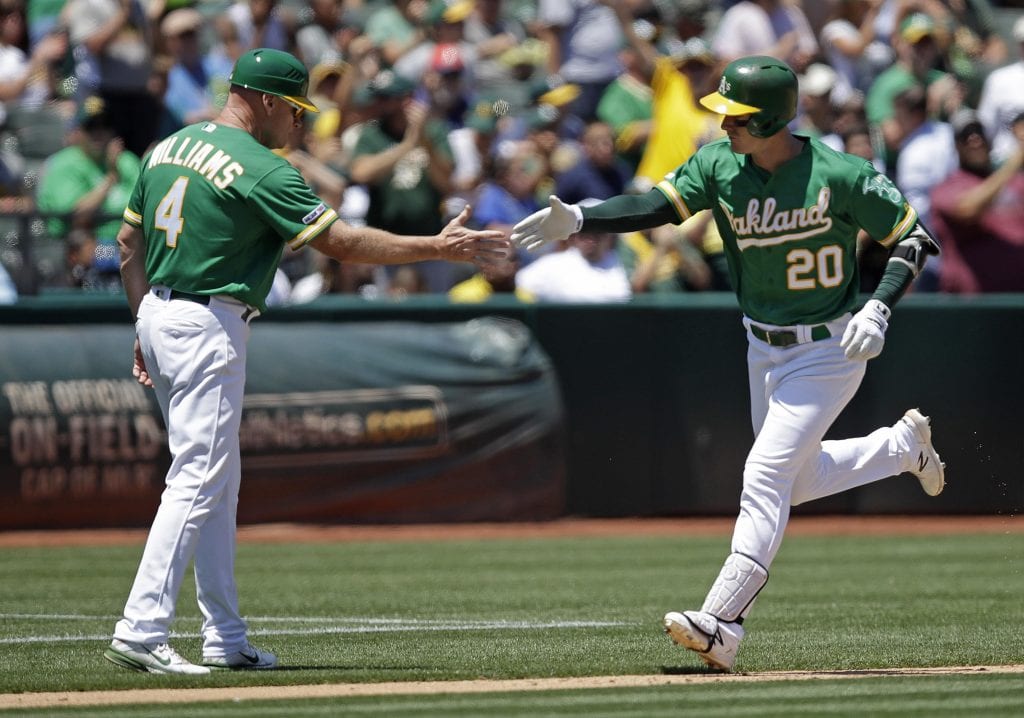 Nothing beats two MLB teams battling for playoff spots in August. Add in a touch of interleague intrigue and you have the perfect recipe for some Monday night baseball. The Oakland A’s travel to historic Wrigley Field on Monday to face the NL Central Division-leading Cubs. We have a chance to not only watch a great matchup, but also to earn a victory of our own.

>>> BET THIS PICK NOW AT A RELIABLE SPORTSBOOK <<<

The A’s have been playing well as of late. They have won six of their last seven games, but still remain 8.5 games out of first place in the American League West. While they might not catch Houston to win the division, the A’s must maintain their winning ways to have any chance of a wild card berth. Currently, Oakland is third in the wild card race. Only the top two move on to the postseason.

On Monday, Cubs right-hander Kyle Hendricks will take the mound. Hendricks went 4-0 in May but hasn’t been sharp lately. He went 1-3 in July but did win his last start against St. Louis. Hendricks has not allowed an earned run in his last two starts.

Oakland will go with right-hander Chris Bassitt who went 2-2 in July. Bassitt did not give up an earned run in his last start either. The advantage for Bassitt may come in the form of the Cubs lineup. Ben Zobrist and catcher Wilson Contreras are on the injured list and Kris Bryant is listed as day-to-day.

The Cubs have missed their stars. In their last five games, Chicago has produced just 13 runs. That’s an average of just 2.4 per game. Minus Zobrist and Contreras (and possibly Bryant), Bassitt will find the going much easier.

It is true that the Cubs have had their way with Oakland over the past 10 meetings between the two teams. But, Oakland and Chicago haven’t played since 2016. This isn’t 2016.

The last time Oakland beat the Cubs was in Chicago, site of Monday’s game. Minus a few big hitters, the Cubs will struggle as they have recently. Factor in that the A’s are 30-16 this season when playing as the underdog and you’ve got tonight’s win – Oakland in an upset.