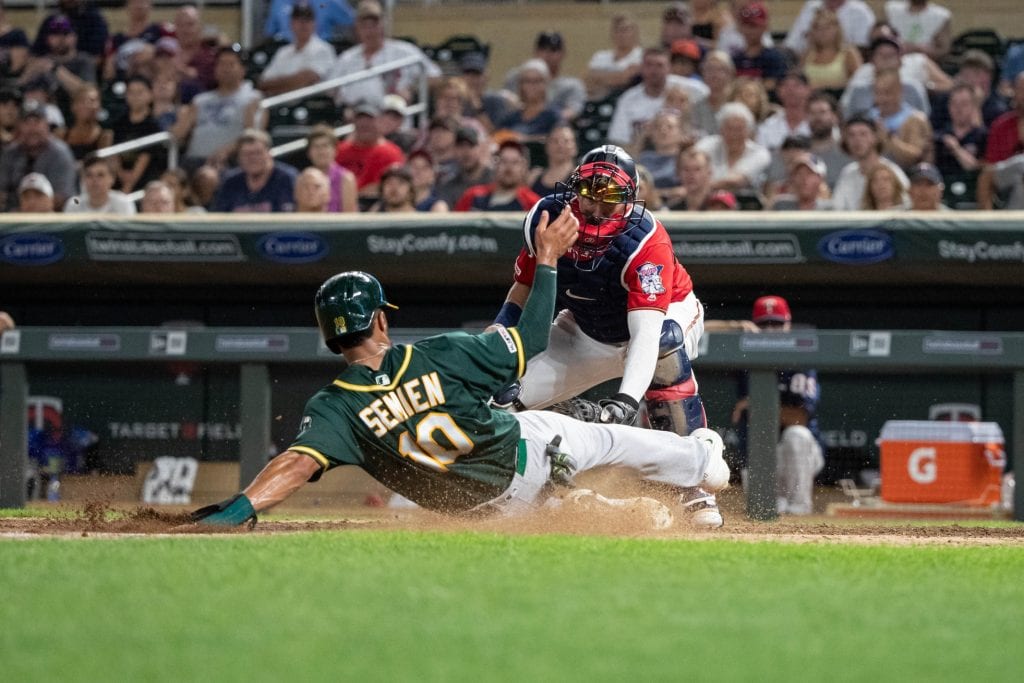 We have a great Sunday of sports action ahead of us. As I write I am watching the final round of The Open, and while none of our guys are in contention, it’s been great golf to watch on a great course, with an Irishman leading the pack. Manny Pacquiao took care of Thurman last night, 10 years his senior and football is right around the corner! What a time to be a sports fan.

My pick today comes from the Twin Cities when the Minnesota Twins host the Oakland Athletics. I watched yesterday’s game in this series, and it was like a playoff game. Great atmosphere, everyone was hustling on every play and A’s fans were rewarded with a 9th inning comeback for the win.

Two pitchers that have been pitching well lately take the mound. For the Twins, Michael Pineda has allowed 3 or fewer earned runs in all but one if his last 12 starts, and has allowed only 1 earned run in 5 of his last 6 starts.

A’s starter Daniel Mengden has always showed he has the goods to be a quality Major League starter, but inconsistency and lack of control has slowed his progression. However, he’s won his last 4 starts, and has held opponents to 3 or few earned runs in 6 of his 9 starts this season.

Want some more picks for this game? Check out Game Advisers A’s vs. Twins game page.