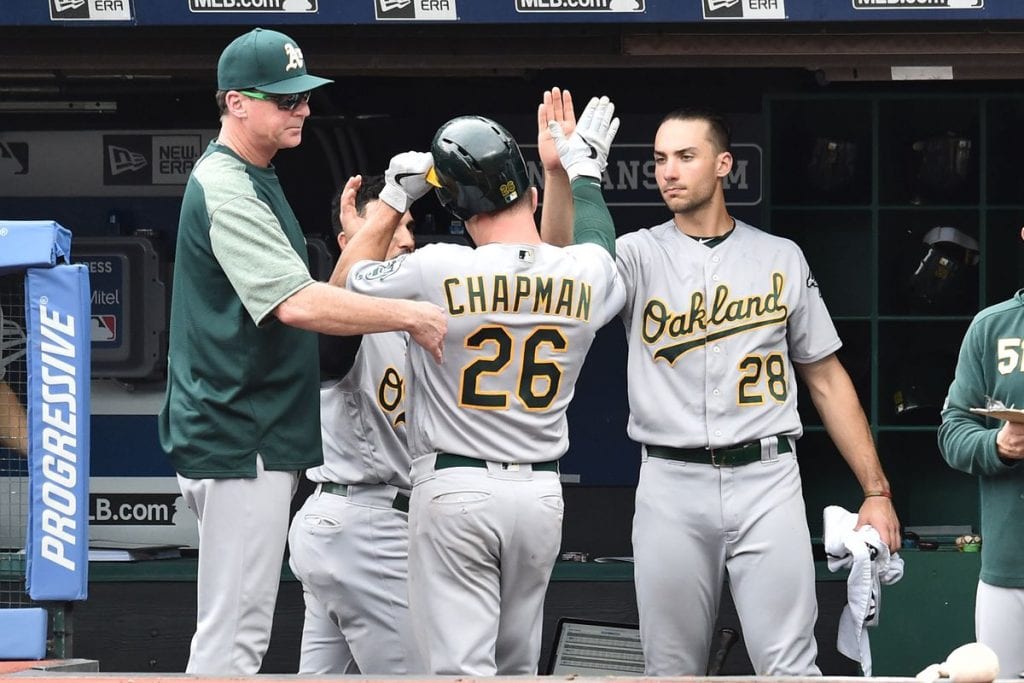 It feels like forever since I’ve brought you guys a MLB pick. We’ve been money on our baseball picks, and I have another one for you tonight out West. I am looking at Oakland at Seattle when the A’s send out Brett Anderson while the Mariners will have Yusei Kikuchi on the mound.

Today is a strange day for MLB odds. Four of the 6 National League games on the betting board have moneylines between +164 and 176 and -174 to -186. The inter-league game in Washington when they host KC has odds within the same range.

Oddsmakers are very smart, and this is evidence they’re having trouble getting the lines right. Neither side offers value.

Since starting 13-2, the Mariners just haven’t looked like the same team. Tonight’s starter Yusei Kikuchi’s transition to the Major has been a rocky one. In 7 starts since May 25th, Kikuchi has allowed 5 runs or more in 5 of those starts (albeit not all earned with that terrible Seattle defense) and has given up 10 homers in those starts.

Oakland starter Brett Anderson is having a pretty good year. Aside from getting blown up by the Rays on June 23rd, Anderson has allowed 3 or fewer runs in 7 other starts since May 20th. Including a win against these Mariners in Seattle on May 26th when he had a line of 6.1, 5 hits, 1 run, 4 walks and 4 K’s.

Athletic players have been having a field day against the lefty from Japan, including homers from big-poopers like Davis, Olson and Chapman. A look at team stats vs. Kikuchi show a lot of crooked numbers. Find a prop A’s total home runs +1.5 and bet that. They hit a minimum of 2 tonight.