Miocic looks to defend crown at home in UFC 203 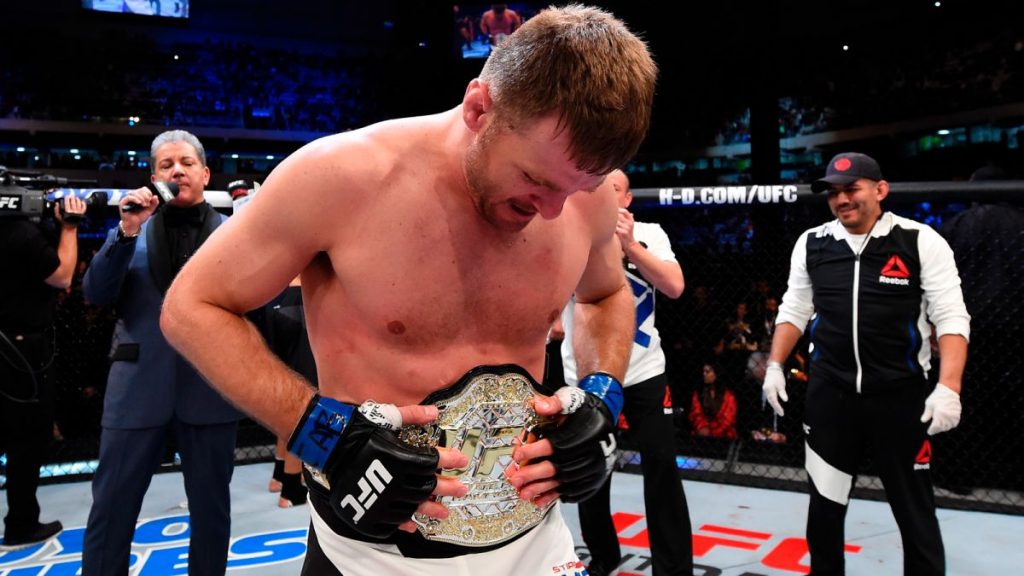 The Cleveland Indians have the fourth-best record in baseball entering weekend play and harbor big hopes this postseason. They have better than a 99 percent chance to make the playoffs and could end up with home field advantage throughout the postseason if they can catch Texas.

All of the above teams can thank one man for ending Cleveland’s title drought, however.

Stipe Miocic, a 34-year old Cleveland fireman and paramedic, won the UFC heavyweight crown by pulling a shocking upset and knocking out Brazilian Fabricio Werdum in May to start the historic run of championships for a city that had not won any since the Cleveland Browns were NFL titlists in 1964.

Miocic will now become the first of the Cleveland champions to try and defend a belt as he faces off in his sold-out hometown Quicken Loans Arena in the main event of UFC 203 against Alistair Overeem.

“Cleveland really needed it,” Miocic said. “For 52 years, man, we had nothing. It’s something to be proud of.”

The question to be answered Saturday night is whether the champion is ready to defend. He’s been very busy since his upset win in front of 45,000 Brazilians. He took batting practice with the Indians, rode in the Cavaliers’ downtown victory parade and oh, by the way, got married.

Overeem, a Dutch former kickboxing champion, says he’s hungrier than Miocic and thinks fighting at home could take a toll on the champ.

“It does give you a little extra boost,” Overeem said. “On the other hand, there’s the extra appearances you’ve got to do and everyone wants a piece of you. It depends on how you handle it. It was nice to see a very proud state finally accomplishment championships. I almost feel a little sad that I will be taking something away from them.”

Also on the card is the debut of former pro wrestling star CM Punk. The 37-year old will be fighting at 170 pounds against rising star Mickey Gall, who is 13 years younger. Werdum will be fighting in the co-main event against fellow heavyweight Travis Browne, who is taking this fight on short notice for injured Ben Rothwell.

Also on the pay-per-view portion of the card is Team Alpha Male’s Urijah Faber squaring off against Jimmie Rivera. Women’s strawweight contenders Joanne Calderwood and Jessica Andrade do battle in the first of the five PPV fights, which should start at around 10:15 Eastern time.