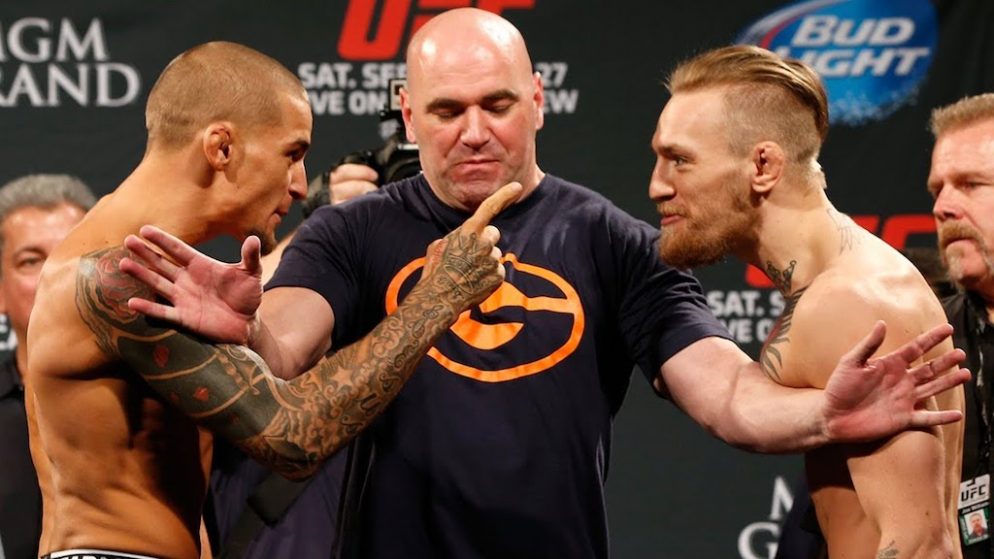 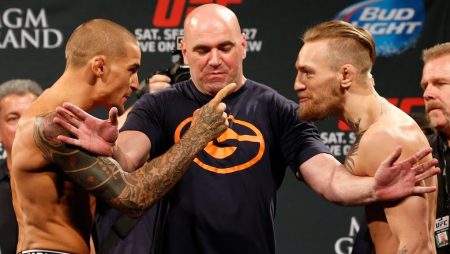 UFC 257 is tonight and I can’t wait to watch the main event. From it comes today’s McGregor Poirier free pick.

Conor McGregor will fight Dustin Poirier in a rematch. These two guys fought back in 2014 at UFC 178 and Notorious was able to win that fight by TKO in the first round.

McGregor comes into this fight as a huge betting favorite.

When this line first opened way back in October, McGregor was only a -175 favorite.

When it comes to the UFC, jumping on early lines once they open is extremely beneficial. At this point, betting the moneyline on McGregor presents too much risk.

This is a five-round fight, but don’t expect it to go the distance. The sharps and public have been hammering under 2.5 rounds and the odds have been moving quickly.

McGregor vs. Poirier – Tale of the Tape

These two guys are going to meet in the middle of the cage and start swinging.

McGregor averages 5.42 SLpM, while Poirier averages 5.57 SLpM. McGregor will have the edge in the striking department, as he has more power and will have a 2” reach advantage.

Poirier does average 1.46 takedowns per 15 minutes, but he only lands 35% of his attempts. Trying to takedown McGregor isn’t the easiest thing to do when he’s so good at counter-striking.

McGregor hasn’t fought much in recent years, but he dominated Cerrone in his lone fight last year.

This is going to be a bigger test for McGregor, but one he should pass. This is a tough match-up for Poirier, as he loves to move in close to work his boxing, but that’s risky against McGregor.

Poirier has been on a nice run minus the loss to Nurmagomedov last year. He’s 5-1 in his last six fights with some big wins against Gaethje, Alvarez, Holloway and Hooker.

For tonight’s McGregor Poirier free pick, my money is on Notorious winning this fight by knockout, just like the first H2H fight.

Poirier has only been knocked out twice in his career, but one of those was by McGregor. I just can’t imagine Poirier being able to stand and bang with McGregor for five rounds.

Poirier’s ground game isn’t good enough to pose much of a threat in this fight either.