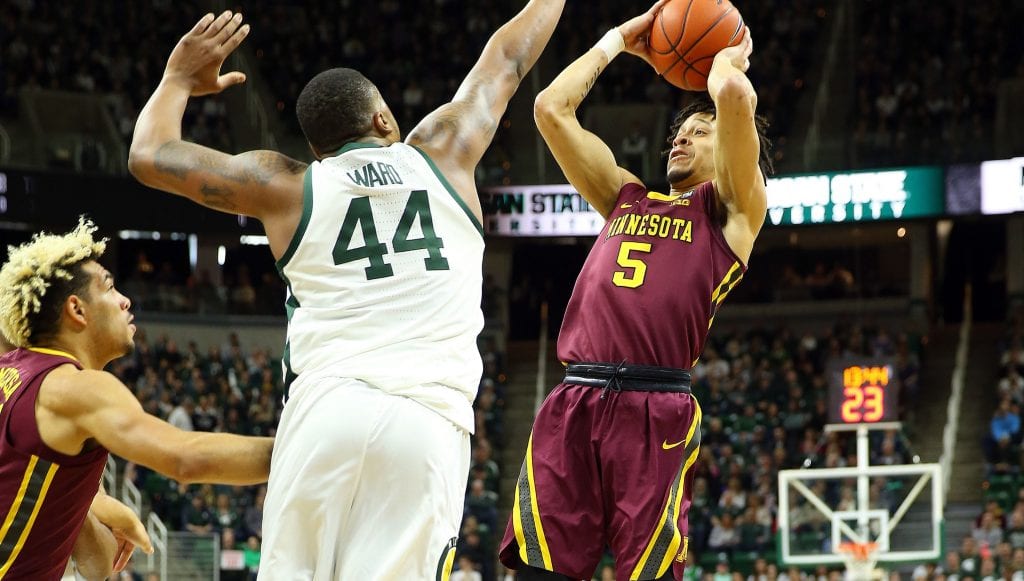 This one is going to be a grind, it’s going to be tough and Minnesota can win this thing. Michigan State most likely walks away the victor. Minnesota is a funny team that gets motivated when motivation is necessary, however, they can be motivated for this one and still come away with a good old-fashioned butt kicking. Is Michigan State in a position to kick anybody’s butt?

“Obviously means a lot to us and it means a lot to our state and our fans and our program as well,” senior Jordan Murphy said. “So, it’s really significant to us, been in this position two years ago where we lost and now just being able to redeem that loss and win and keep moving and advancing and then going into the next game with a good mindset I think it’s a pretty positive thing.”

The Gophers are coming in on a roll and confidence goes a long way in the NCAA Tournament, but remember something, this is Big 10 against Big 10 and these two think they know each other.

Here is the problem for Minnesota; State knows them. State knows them extremely well. Does this work in their favor or does it make them complacent? If this team was coached by any other coach than Tom Izzo, we could say complacent, however, that word is not part of the vocabulary with an Izzo coached team.

The Gophers have made a nice run to this point, but they are being rebounded, outshot, out assisted and outplayed. Again, motivation goes a long way and the “Big 10” factor means a lot when it comes to sports betting. These two know each other and they respect each other but in the end the talent wins the game and Michigan State has more talent, in fact, they can win this tournament.

However, Minnesota keeps this one closer than 10.5.