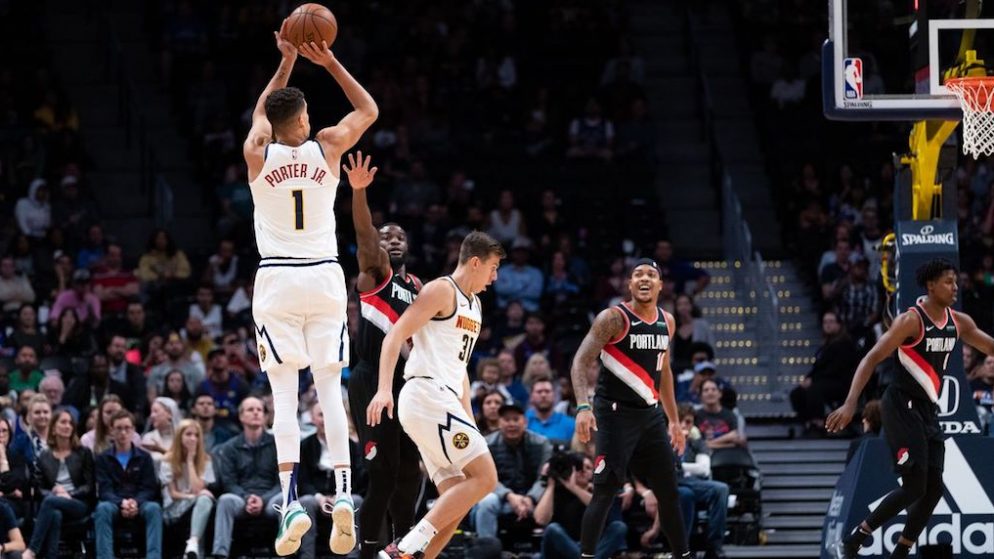 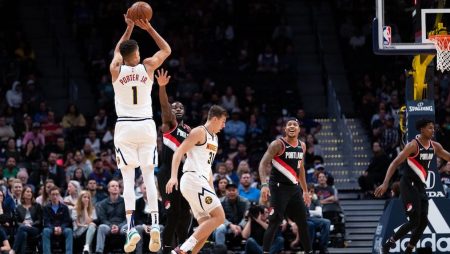 Today we have a NBA player prop wager for our Lakers Nuggets free pick. The Los Angeles Lakers have a 2-0 series lead in the 2020 Western Conference Finals.

Anthony Davis nailed a three-pointer as time expired in Game 2 to give the Lakers a 105-103 win. That has to be disheartening for the Denver Nuggets after fighting back in Game 2.

Davis has been dominating this series. He scored 37 points in the opening game and followed that up with a 31-point performance in Game 2. Nikola Jokic scored 21 points in Game 1 and 30 points in Game 2 for the Nuggets, but it hasn’t been enough to get them over the hump.

Jamal Murray has played well this series. He has 21 points (G1) and 25 points (G2). The role players on the Nuggets need to start helping out more if they don’t want to get swept by the Lakers.

One of the players that needs to step up is Michael Porter Jr. He has played well this series in his limited minutes, but in Game 2 he had 5 personal fouls in just 20 minutes on the floor. My Lakers Nuggets free pick will feature him.

He has to cut down on the fouls or else Mike Malone isn’t going to play him.

Porter Jr. was great in the NBA Bubble to finish off the regular season. In the seven games he played in, he scored 11+ points in every game and he scored 30+ points in two of those games.

He needs to become the #3 option on the Nuggets behind Jokic and Murray.

Porter Jr. has scored 11+ points in 9 of 16 playoff games. He has dealt with inconsistency, but part of the problem is Malone doesn’t trust Porter Jr. on the floor and his minutes are often restricted.

With the Nuggets being down 2-0 in the series, Malone needs to get Porter Jr. more playing time.

My best bet in tonight’s Lakers vs. Nuggets Game 3 is on Porter Jr. to score 11+ points.

He has managed to do so in both games against the Lakers despite only playing 29 and 20 minutes. With the season essentially on the line tonight, I expect Porter Jr. to get some extended run. 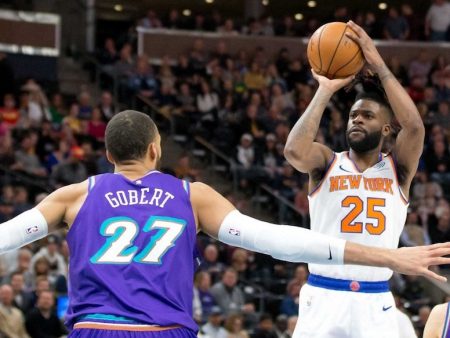