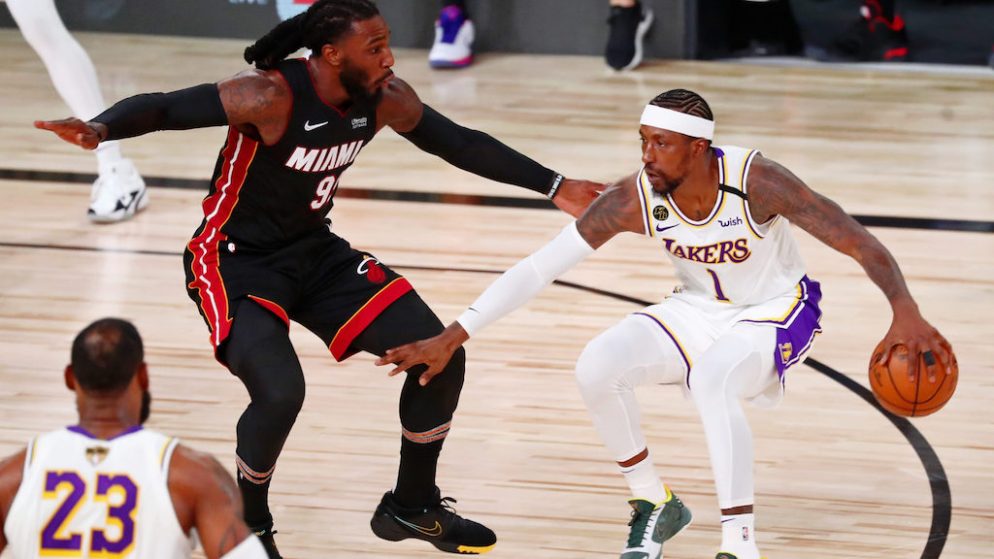 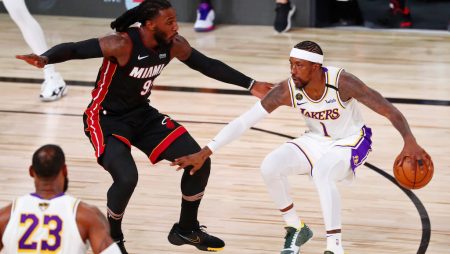 EARN A BONUS ON EVERY DEPOSIT AT HRWAGER ONLINE SPORTSBOOK

The Lakers are big favorites coming into this match-up. The total seems a little low based on the first three games of the series, but my best bet comes from the player props market.

Bam Adebayo and Goran Dragic both missed game 3 and the Heat still managed to win.

Adebayo could suit up and play tonight, he’s currently listed as questionable. Dragic is doubtful to play tonight, which would mean that Tyler Herro will draw the start again.

Kentavious Caldwell-Pope is averaging nearly 30 MPG in the playoffs. He has struggled throughout the playoffs and he hasn’t been a consistent contributor, but he doesn’t need to do much here.

I’m betting on Caldwell-Pope to have 16+ points, rebounds and assists (+121) tonight.

We’re getting plus money on this NBA Finals player prop bet.

I expect him to bounce back in game 4. He wasn’t the only Lakers player to struggle in game 3.

Caldwell-Pope is averaging 2.1 made 3-pointers per game (38.5%) in the playoffs. If he can put up double-digits in points, he should be able to hit this prop at a great price.

KCP also shoots nearly 10 field goals per game on average. He takes plenty of shots, he just needs to convert those opportunities better tonight. Caldwell-Pope has been doing well getting to the FT line, though.

He has already shot 8/10 from the FT line in this series.

I’m predicting a win for the Lakers, but the point spread is too big to bet on them.