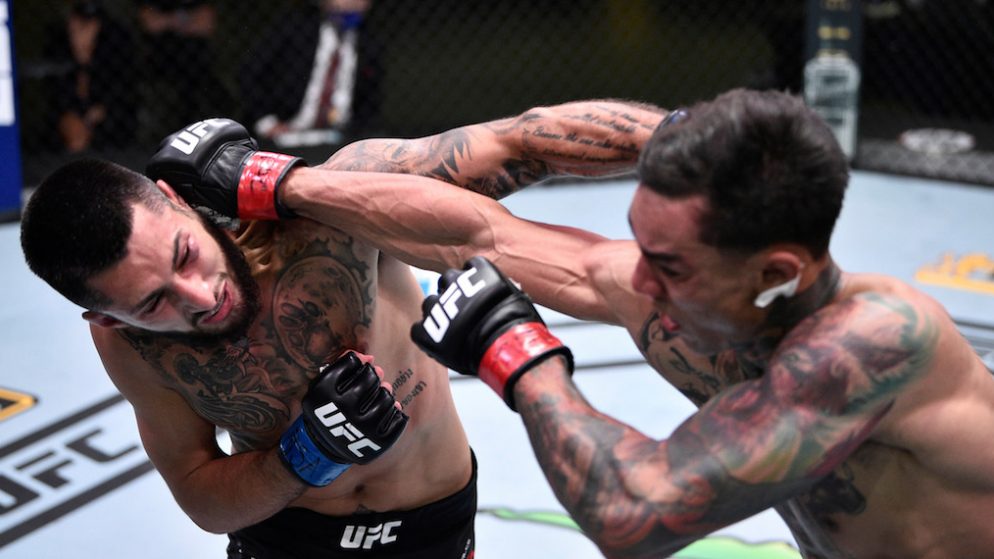 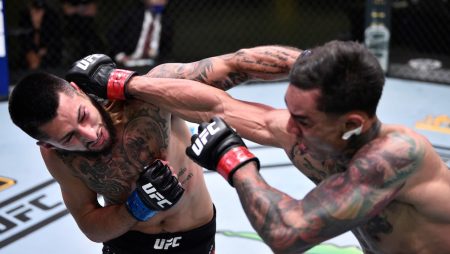 UFC on ESPN 16 is tonight and will come to us live from “Fight Island” again. From it, I bring you a free Jourdain Culibao pick.

The main event will be headlined by Holly Holm vs. Irene Aldana. This is expected to be a toss-up and I don’t feel strongly about either fighter, so my free pick will come from another fight.

I’m reaching all the way down to the prelims to find my UFC on ESPN 16 best bet. Before we get to it, here’s last week’s UFC 253 free pick.

The Canadian Charles Jourdain (10-3) is back in the cage, where he’s only 1-2 in the UFC. Jourdain lost his debut to Desmond Green (Decision), defeated Doo Ho Choi (TKO) and lost to Andre Fili (Decision).

He fights Joshua Culibao (8-1) who is 0-1 in the UFC. He was dominated in his debut and ended up losing by second-round TKO against Jalin Turner back in February.

Jourdain opened up as a -300 favorite when this fight was announced and he was quickly bet up to -400 at America’s Bookie by the sharps. He’s now sitting at -465 odds, as the public continues to bet on the Canadian.

This fight isn’t expected to go to the judges’ scorecards and I agree with that.

Jourdain vs. Culibao – Tale of the Tape

Culibao comes into this fight with a 4’’ (73’’ vs. 69’’) reach advantage. At times, Jourdain struggled against Fili because of his reach, but Fili is an accomplished UFC fighter.

Neither fighter has landed a takedown in the UFC. Culibao may try to take this fight to the ground if he can, but Jourdain is going to want to keep this fight standing, despite the reach disadvantage.

The Canadian should be able to dominate with his striking. Jourdain has power (7 TKO/KO Wins), but he’s also capable of tapping his opponent out (3 Submission Wins).

All ten of Jourdain’s wins have come by stoppage.

If you think Jourdain is going to win tonight then he should get it done by stoppage if history tells us anything. This will affect my Jourdain Culibao pick. After seeing Culibao get knocked out by Turner, I expect a similar outcome here.

MUST READ > 5Dimes Sportsbook Customers are Switching to America’s Bookie

My best bet is on Jourdain to win inside the distance (ITD) at -160 odds. The odds on this market have moved quite a bit this week, but at -160 odds, I still love this bet.

Jourdain Culibao Pick: Jourdain to win inside the distance (ITD) at -160