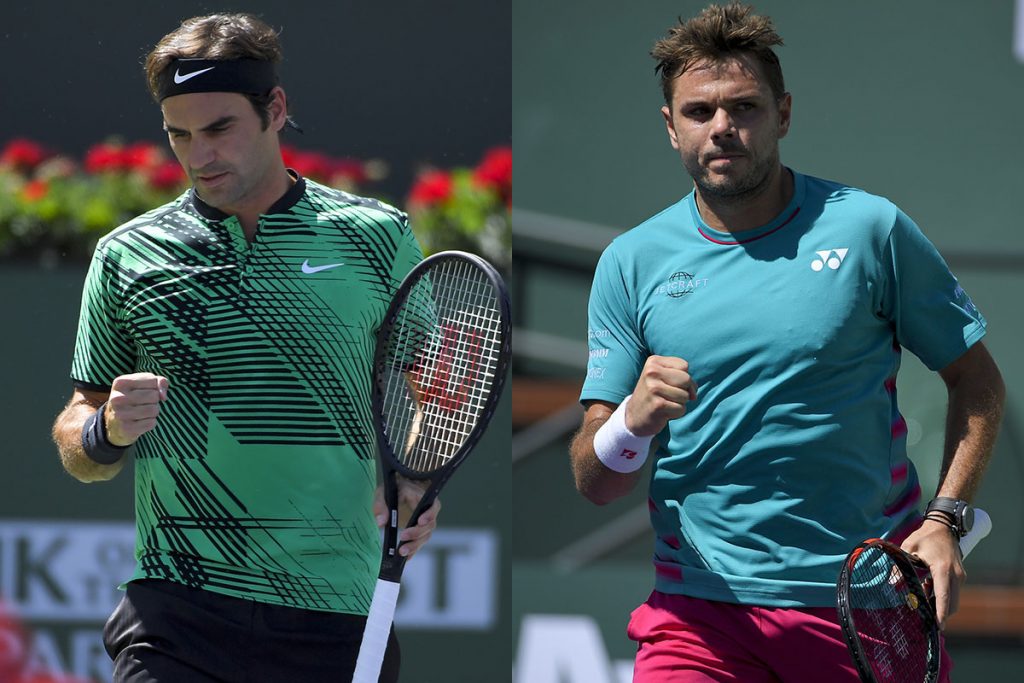 Interesting Finals matchup at Indian Wells this year. At first glance you might say, “We’ve seen this all before”, because Wawrinka is Federer’s “bitch”. It is very hard when you grow up idolizing someone to finally start to beat them especially when you are 3-19 lifetime vs. that person, but this going to be different today in the Final.

They last played in the Semis at the Australian Open and after Stan got over his nerves he came back to level the match at 2 sets all after dropping the first 2. It wasn’t meant to be however as it was Federer’s time to win another Slam. This is quite different however, especially after seeing the way the two Semifinals went.

Stan was never in trouble and was going through the motions against Busta and won 3 and 2. The Federer match was quite different. Sock started slowly and was playing quite well in the second set and had a mini break in the tie breaker but caught the net on a forehand and lost the breaker. Had he won the tiebreak there is no doubt in my mind that he would’ve won the 3rd especially after what he did this week by coming back the dead vs. Dimitrov when that match was over, and beating Nishikori in 3 sets. I really don’t like the way Sock plays but he is starting to earn my respect cuz he does play hard and sometimes that’s all it takes.

So, let’s get back to taking about Federer, Roger wasn’t playing that well, he hit an occasional winner but was spraying his backhand and that is always a sign that he not at his best. Stan however was yawning in his semi and will be ready to go in the final. Yes, of course he respects Federer too much, but you just see that even though Stan has reached to next level in the last few years it’s not till recently that he can win when isn’t at his best. We have all seen him turn it on in big matches but it seems now he can turn it on a bit in smaller matches.

The odds at America’s Bookie is Roger -230 and Stan at +170. Stan is the higher seed, he is playing a bit better now and if his head doesn’t get in the way he will win this match. We are going to place 3 different bets on this match. Take Wawrinka straight up at+170, also bet him +1.5 sets at-150, and take over 23 games at-115., because even if you break even on the first 2 bets you will make some money if this is a long match or score big if Stan blows him out, which is the most likely scenario here.