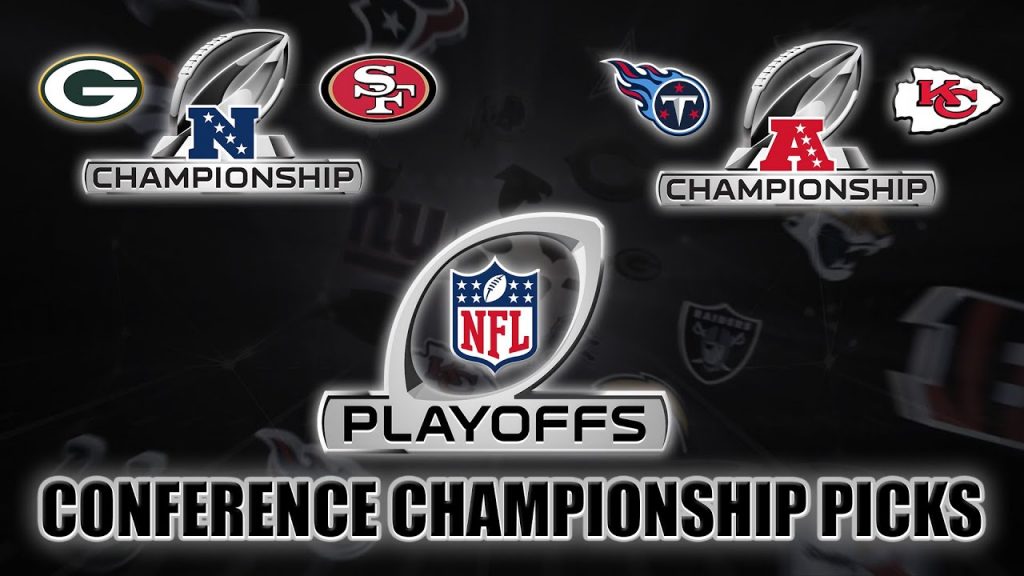 The NFL’s version of the Final Four is in place following this past weekend’s division playoffs and it’s time to start thinking about betting the NFL Conference Championships. The NFC has gone chalk with the top two seeds facing off against one another this upcoming Sunday. The AFC pits one upstart wild card team against the No. 2 seed in that championship matchup.

The only upset this past weekend (straight-up and against the spread) was the No. 6 Tennessee Titans’ 28-12 stunner over the No. 1 Baltimore Ravens as 10-point road underdogs. 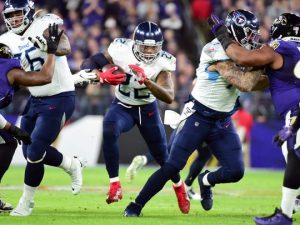 After knocking No. 3 New England out of the playoffs in the opening playoff round as 4.5-point underdogs on the road, the Titans will now travel to Kansas City this Sunday to face the No. 2 Chiefs. Kickoff is set for 3:05 p.m. ET on CBS.

The Chief have been opened as 7.5-point favorites with the total set at 52 points. After spotting the Houston Texans a 24-point lead in the first quarter of Sunday’s divisional game, Kansas City’s offense shifted into gear with a 51-31 victory closing as a 10-point favorite.

These two teams met on Nov. 10 in Tennessee. The Titans outgunned the Chiefs 35-32 in a wild one. The home team covered as 5.5-point underdogs and the total easily went OVER 49 points.

Tennessee went on to win five of its last seven regular season games SU and ATS before the two big playoff wins. The total has gone OVER in nine of its last 12 games.

With Sunday’s impressive come-from-behind victory, Kansas City has won its last seven games (SU and ATS) since the loss to Tennessee. The total stayed UNDER in the first five games before going OVER in the last two.

Given the tenacity of the Titans during this playoff run, the extra half-point on the current touchdown spread gives them my early lean. Taking the OVER appears to be another solid play.

The Green Bay Packers will square off against the San Francisco 49ers in this season’s NFC Championship Game. Kickoff on FOX is set for 6:40 p.m ET and the 49ers are set as seven-point home favorites with the total set at 45 points.

Each team ended the regular season with just three SU losses. San Francisco had the tiebreaker for the top seed by virtue of its 37-8 victory over the Packers as a three-point home favorite on Nov. 24.

Green Bay won its last five regular season games SU following that lopsided loss while going 3-2 ATS. On Sunday night, the Packers held off Seattle 28-23 to barely cover as 4.5-point home favorites. The total went OVER 45.5 points in that game after staying UNDER in seven of their previous eight games.

The 49ers made short work of Minnesota to open the divisional playoffs on Saturday with a 27-10 victory as seven-point favorites at home. The total stayed UNDER 44.5 points after going OVER or ending as a PUSH in eight of their previous 10 contests. 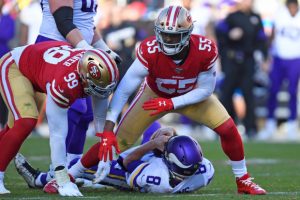 With a trip to the Super Bowl on the line, you can somewhat discount the results of that first meeting at the end of November. None the less, Green Bay is going to have its issues moving the ball against San Francisco’s stout defense. The 49ers have proven themselves to be the best balanced team in the NFC this season.

A questionable loss to Atlanta at home on Dec. 15 aside, Taking San Francisco and laying the points in a game that stays UNDER would be my parlay play.