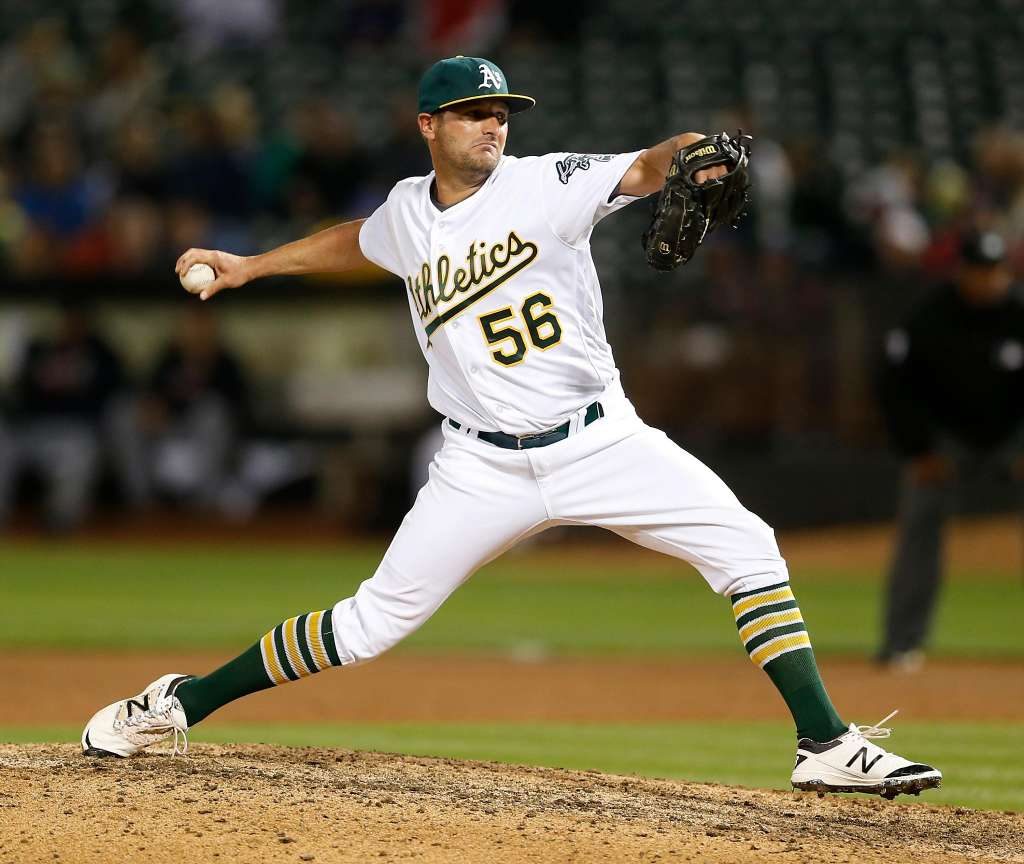 Some baseball history is going to be made on Saturday night, although that wasn’t exactly what Chris Smith had in mind more than a decade ago. After years of slogging away at professional baseball, mostly in the minor leagues, Smith will make his first major league start, becoming the oldest pitcher ever to do that for his franchise, as his Oakland Athletics tackle the Seattle Mariners in a game that is scheduled to begin at 10:10 PM ET at Safeco Field.

Remember that if you are an America’s Bookie customer, you can place wagers even after the game has begun, using two different “Live Betting” options in your sportsbook interface.

The Mariners finally won a game at home on Friday night, after losing eight straight at Safeco. They got four runs in the eighth inning to pull away for a 7-2 victory. The key blow was Nelson Cruz’s 16th homer, and the AL All-Star is now tied for the major league lead in RBI’s with 68. James Paxton went seven innings and allowed just two hits for the M’s, who are now 42-46, four games out of the wild card spots in the junior circuit.

The 36-year-old Smith, who started in Organized Baseball in 2002, will go up against Andrew Moore, who was one of the Mariners’ top prospects before he was moved up to the parent club in the wake of multiple injuries to the rotation.

In the baseball odds that have been posted on this game, the Mariners are favored at home:

Smith has been pitching at Triple-A Nashville, and he was part of a no-hitter there last month, along with other pitchers. He began his minor league career as a starter, and has indeed made 218 starts, although he was strictly a reliever between 2008 and 2011. He has made 63 relief appearances in the “Show,” and was with the A’s for a brief period last season.

Jharel Cotton has become another casualty to the Athletics’ starting rotation, having been placed on the DL, and that offers Smith his opportunity. But will he be able to take advantage of it? And how long will he actually be in there? Keep in mind that he has been a starting pitcher at Nashville this year, so there may not be a need to keep him on a tight pitch count.

Evidence would seem to demonstrate that when Smith gets to the big leagues, he has a lot more difficult time getting the ball over the plate. He has issued 40 walks in 92 innings for the Red Sox, Brewers and A’s. Again, just keep in mind that he IS a starting pitcher who just happens not to have been able to crack the starting rotation for Oakland.

Meanwhile, Moore is a young man who has not had any issues with control whatsoever. He started in the minor leagues only two years ago, out of Oregon State, and his figure last year was 1.7 walks per nine innings. In his two big league starts, he has gone 15 innings without yielding a base on balls. Consequently he has a WHIP of 0.73, which goes nicely with his WHIP of 0.99 at the Double-A and Triple-A levels this year.

Moore is known for having command of at least three pitches, and this has translated to the big league level. For Smith, it hasn’t. That’s the edge for the M’s here, along with the fact that they have a more potent offense and got a monkey off their backs, in a sense, with that win last night. So we will lay the price with the M’s, as the Charles Jay / America’s Bookie Challenge continues on Saturday night.