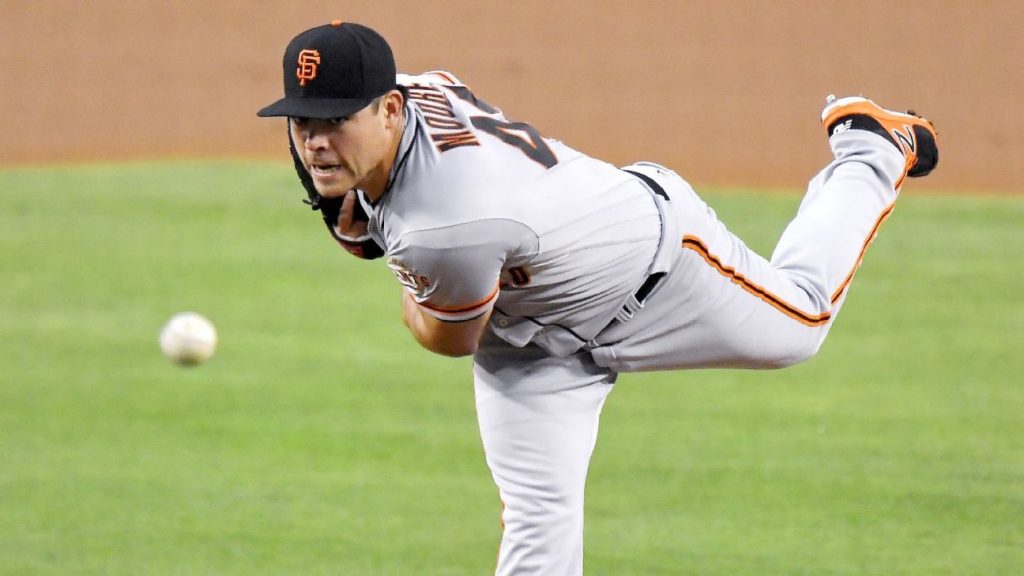 Neither the Miami Marlins (38-46) nor the San Francisco Giants (34-53) have much hope in the playoff race, so naturally to talk comes around to who will be buying what they have to sell before the trade deadline. Before all that comes to pass, however, these two teams will meet on Friday night for the start of the series at AT&T Park by the bay. Game time is 10:15 PM ET, and America’s Bookie customers can take advantage of two different “Live Betting” options in their sportsbook interface to stay up with the action as it progresses.

San Francisco has actually fallen a few games behind the San Diego Padres, as they are languishing in last place in the National League West. And that is kind of disgraceful for a team that has won three World Series championships under manager Bruce Bochy. The Marlins, of course, lost ace pitcher José Fernandez in a tragic boating accident late last season, and their pitching rotation has never recovered. Perhaps their most consistent starter, Dan Straily (6-4, 3.51 ERA), will take the mound on Friday, as he is opposed by Matt Moore (3-8, 5.78 ERA). .

In the baseball betting odds posted on this game, it is a pick’em situation:

Straily has had some pretty good success against San Francisco, Albeit in a limited sampling, as he is 3-0 with a 2.25 ERA against the Giants. He has been one of the few bright spots on a pitching staff that has not been able to complement some of the offensive Pistons that are pumping for Miami. Marcelle Ozuna, which 67 RBIs, has stayed near the top in that category for most of the season. Giancarlo Stanton, the prodigious power hitter, will be playing in the All-Star game as well, and that takes place, obviously, at Marlins Park. Justin Bour, the first baseman with 19 home runs, was in the “Final Vote” that took place to name the last member of the National League squad for the Mid-Summer Classic. Dee Gordon is hitting .291, and he has 31 stolen bases. And Ichiro Suzuki, in the twilight of his career, had two hits on Thursday to move ahead of Rod Carew to 23rd on the all-time list.

The off-the-field news for the Marlins has become rather dramatic. Derek Jeter, the retired future Hall of Fame shortstop, lost his major backer in the bid he’s trying to mount to buy the team. Jeter apparently wants some organizational control, but he has very little money to put into the deal. Earlier on in the process, he split with former Florida Gov. Jeb Bush, who had joined him in his group, but then left to join another group headed by Mitt Romney’s son. That group has now withdrawn its bid, so the head honchos from Major League Baseball are getting a little nervous about owner Jeffrey Loria being able to close this deal.

Moore has not been able to close the deal either, feeling to come up with a victory in his last nine starts. But one thing that can be said is that he’s a lot better at home (3.77 ERA) than on the road (7.61 ERA). The Giants recently swept Colorado at home, but they still have not been producing a lot of runs at AT&T Park, scoring just 3.4 per game. On the basis of consistency, we like Straily and the Marlins, as the Charles Jay/America’s Bookie Challenge continues on Friday night.