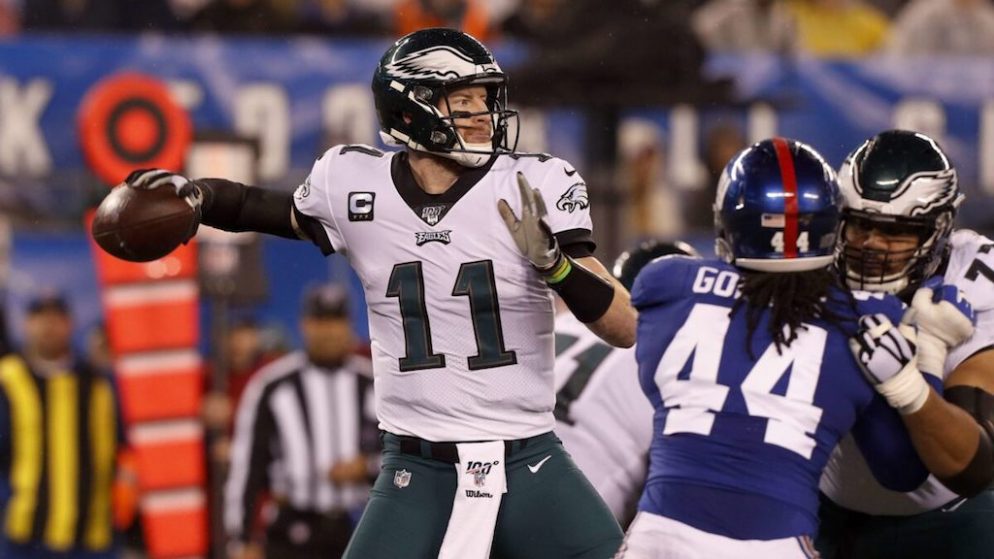 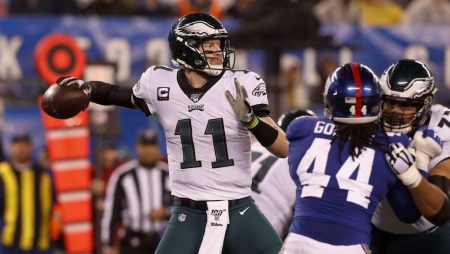 What is it with these Thursday night NFL games? There was the Ohio love-fest also known as the Bengals-Browns yawner. There was the all-Florida pillow fight between the Jags and Dolphins, and how about that Broncos-Jets game of touch? Whatever the case, I’m bringing you a Giants Eagles free pick.

Ahhh yes…then there’s this week. The NFC Least’s finest. The second-place Philadelphia Eagles and their shiny 1-4-1 record host the 1-5 Little Giants. Oh well, at least we can bet on the game.

Here’s how bad the NFC Least is. With a win on Thursday night the Eagles would be 2-4-1. That would be enough to move them into sole possession of first place. First place!

That brings up the question, “will the Eagles win on Thursday night?” Well, they have had great success against the Giants recently. In one of the NFL’s oldest rivalries, Philadelphia has won the last seven straight games in this series. It should be noted that the average margin of victory in those seven games was 8.6 points.

BETTING TUTORIAL: HOW TO BET ON FOOTBALL

This could be key to my Giants Eagles free pick.

The Eagles have also been very successful against the Giants when playing at home. Philly hasn’t lost to the Giants in Philadelphia since the 2013 season.

The problem heading into tonight’s game for Philadelphia is its ever-growing injured list. Last week, RB Miles Sanders and TE Zach Ertz joined an injury report that is beginning to look more like a report on U.S. tax laws. TE Dallas Goedert, WR Jalen Reagor, and so on.

Last week, Eagles QB Carson Wentz almost rallied Philly from a 24-6 deficit to almost beat Baltimore. He did it with a lineup made up of a couple of Band-Aids, a guy off the street, and someone named Boston Scott, who sounds a lot like the guy that wrote that report on the U.S. tax laws.

Can Wentz do it again?

Absolutely and here’s why.

The Giants are awful. Yes, they won their first game of the season last week, but it was against the 1-5 Washington I Still Don’t Have a Nickname Football Team.

Putting together two wins is unlikely for New York. In their last 13 games following a victory, the Giants are 4-9 and 5-8 ATS. They have also lost 13 straight games as an underdog and the Giants are 0-6 ATS in their last six road games.

Oh, and in their last nine prime time games, the Giants lost eight of them. It might be another Thursday night pillow fight, but back the home team.