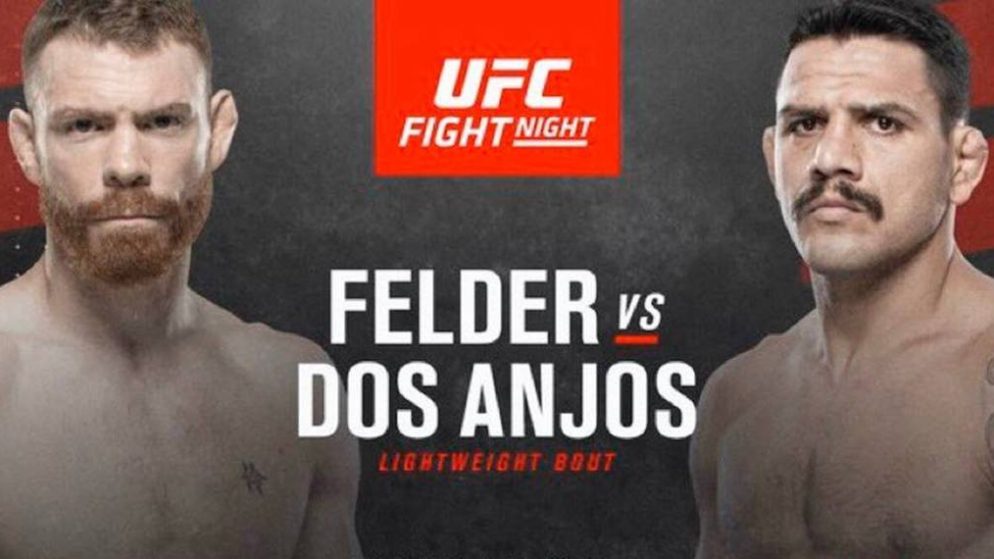 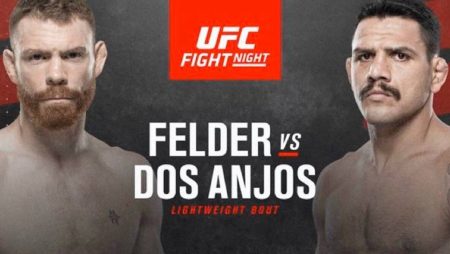 The main event will feature Paul Felder against Rafael dos Anjos. These two veterans are nearing the end of their careers. In fact, Felder may retire after tonight he has said.

Before I get into my pick, take a look at my winning Santos Teixeira free pick from last week.

If you jumped on Dos Anjos when the odds were released, you could have got him at -160. Since his odds jumped up to -195 at America’s Bookie earlier in the week, it has been holding steady.

The public expects this fight to end up going the distance. I’m not completely convinced, as this is a five-round fight and Felder has only gone a full five rounds once in his career.

That was in his last fight where he lost by split decision to Dan Hooker. Prior to the loss earlier this year, Felder had gone 2-0 last year with wins against James Vick and Edson Barboza.

EDITOR’S CHOICE: THINGS TO CONSIDER WHEN BETTING THE UFC

Dos Anjos has struggled recently, but he was fighting up at welterweight. The bigger fighters were able to limit his wrestling/grappling edge, which he typically has when fighting at lightweight.

The Brazilian is 1-4 since 2018. He defeated Kevin Lee last year, but he has lost his last two fights that were against Leon Edwards and Michael Chiesa. Both losses were by decision.

Tale of the Tape

Even with his move to welterweight, Dos Anjos was never stopped, which says a lot. This guy is tough to put away. The last fighter to put him away was Eddie Alvarez back in 2016.

I wouldn’t call Dos Anjos a submission specialist, but he has 10 submission wins. He hasn’t had one since submitting Neil Magny in 2017, but he’s definitely capable of tapping out Felder here.

A lot of people like the price they’re getting on Felder because people are worried about Dos Anjos and his weight cut. However, it’s not like Felder is coming into this fight in good form.

My Felder Dos Anjos pick best bet FOR UFC Vegas 14 is on Dos Anjos to win on the moneyline.

I’m not sure whether Dos Anjos will be able to finish Felder, so I don’t want to bet on any method of victory prop bets. I’ll risk paying up for Dos Anjos to win straight up on the ML.