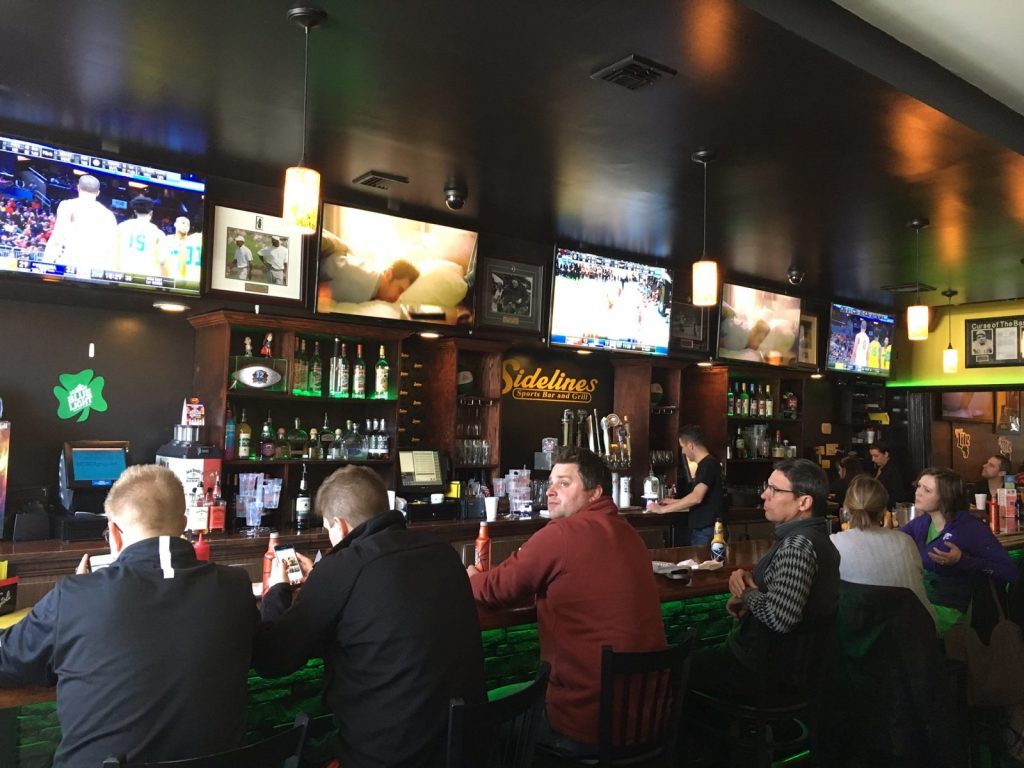 It always seems that the dream of any ex-athlete is to open a bar or a restaurant. Jake LaMotta did it when his career was over, Sam “Mayday” Malone of Cheers opened a bar “Where everybody knows your name”, and even Rocky Balboa ended up with a restaurant in one of the last Rocky movies. Don Shula’s restaurant is very popular in Miami, as well as Dan Marino’s. I think Mickey Mantle had his place, John Elway, Yao Ming, Arnold Palmer, Ditka, even Brett Favre has his place. The list is endless.

I guess it’s because athletes grew up being the center of attention, the “Alpha Male” in the room. When an Athlete retires, it is a very difficult transition going in to the real world and becoming a regular citizen for a while. But when the “dust clears” and you settle into your new life, what better way to relive old past glories then to open a bar?

We started this talking about Rocky Balboa and Jake LaMotta. Rocky would go from table to table and tell old stories to customers about the time that he beat Spider Rico. They would come just to meet Rocky and hear his stories, everyone is winner here. In Lamotta’s case, he even took it up a notch and started to do stand-up comedy, after all this was his place and he could do whatever the hell he wanted to do.

Let it not be said that Frankie doesn’t see a great trend and jump on it. Frankie is a failed x- athlete as well. He’s not as famous or rich as these guys, that is why his new place is located in Managua, Nicaragua, instead of Las Vegas, Nevada. He’s not going to have Vegas showgirls handing out drinks but that doesn’t mean he can’t have some hot Latino chic with big boobs working for 12 bucks a day, smiling and showing off her “ASSets”. It seems that since Frankie has spent a large portion of his life on the other side of the bar, maybe it’s time to put all of his years of drunken wisdom to good use and give back to community at this time.

It sounds like a great idea. It should be very profitable, he can eat chicken wings and watch football, and call up America’s Bookie and win some money. All his workers will call him “Jefe”, and downstairs he will have lounge called “Marylin’s Lounge” in which Marylin Monroe will welcome you into the place, and only great music from a “by gone” era when Frankie had his heyday will be played. So once this is finished, as I said Frankie can eat, drink, listen to great music and have beautiful young Nicaraguans serve his every need, and get to make money doing so at the same time. Where is the downside in that?

Frankie has had other interesting business ventures in the past but this one he is really looking forward to, the only problem now is trying stay alive long enough to enjoy it before the inevitable liver failure or heart disease gets him, but hey nothing is perfect. Some people like to play golf, Frankie likes to have sex with beautiful young girls who find him attractive as the size of his wallet grows and his penis size gets smaller (just kidding as Trump said, “I can guarantee you that is not a problem”)

So, let’s raise a glass to “old fucks” who refuse to accept that their best days are behind them, and open bars and restaurants to relive their “Glory days”. I guess Springsteen was wrong when he sang “Glory days, they’ll pass you by, Glory days”. That only applies to people who have thrown in the towel, some old farts like Frankie still look and feel like they are their 20’s.

P.S. If you happen to be in the Managua area come by Rock’n Sports, and say that you heard about the place on Askthebookie.com and Frankie will buy you a beer. The only catch is you may have to hear stories about the time that Frankie got destroyed by 16-year-old kid in Budapest, Hungary in 1985 on National TV, AAAAHHHHH the Good ole days!!!!!!!!!!!