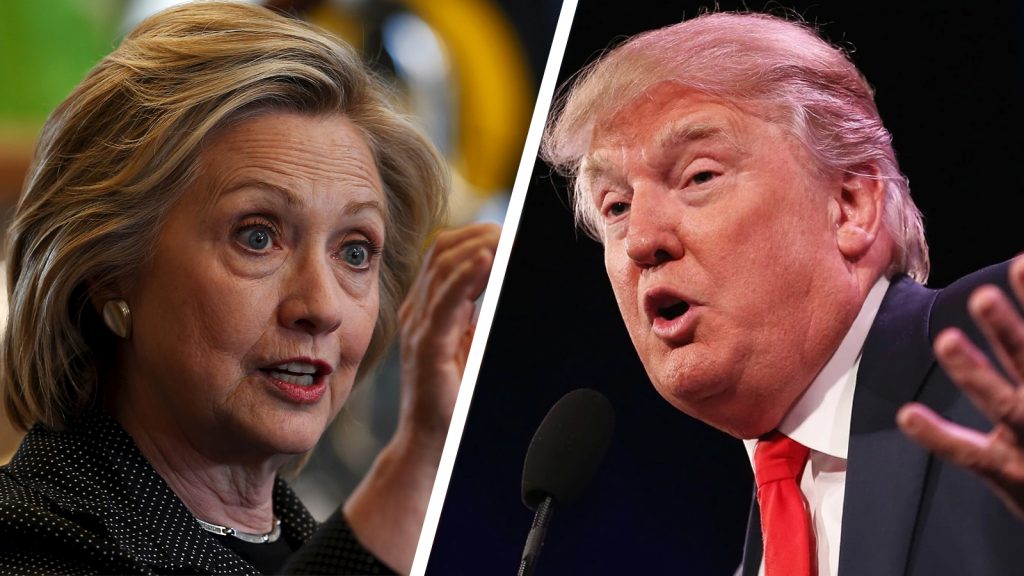 The Big Day is finally here. It’s been a long year and a half. We suffered enough watching the primaries and then the general election. It really is becoming a little tedious but now it’s Showtime.

Forgive me if I seem a bit a partitioned here, but I have been on the Trump bandwagon since before he even announced his candidacy. I started a blog entitled “Let’s think outside the box here”, and what was pretty much a long shot has become a reality. It’s now time to choose what direction you see the free world going in the next 20 -30 years, because not only will social issues be decided in the USA by the Supreme Court judges that will be appointed, there is a good chance for Wars breaking out everywhere as well as maybe the “Big One” finally happening after all these years.

Americans, it’s time for you to step up to the plate and do the right thing as they did in Britain a few months ago. This is not about who may have said something wrong in the past. It’s about excepting someone who will “blow up” Washington, and get things done by ignoring all the gridlock of the past and working together not only with Congress but other countries as well.

For me, the choice of who I’m voting for this year has never been clearer. To me it’s an IQ test. If you are an educated human being, there is only one choice, if you are a fool who worries about nonsense like peoples feeling being hurt, then you may vote for the other candidate. Bottom line is there is the way the world is and the way the world should be, and a leader must realize that nothing is perfect but the job is to lead and to get things done. We have had no leadership for years now and it the wrong candidate is chosen it will only get worse. You can’t let your kids run ramshackle in your household for very long before there will be dire consequences. That is what is going on now, “The inmates are running the asylum”. It’s time for a new sheriff in town.

This is a betting site so I know you want to make few bucks here. There is still time to gets your bets in on whichever candidate that you are rooting for. At AmericasBookie.com, Mr. Trump is currently going at +350 and Mrs. Clinton is going at -550. The choice is yours who you vote for and who you bet for. I advise you however to choose wisely as this particular bet is a little bit more important than The FAU–Rice game on Saturday. Go with your gut here and I promise you it will be the correct choice. P.S. Make America Great again