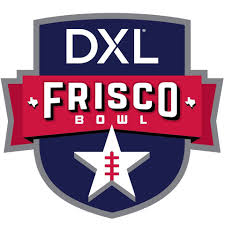 Rashaad Penny is long gone but that hasn’t stopped the Aztecs from having a decent year. They certainly haven’t had the best year possible, but at the end of the day, not that bad.

Great article on slumps and sports betting: The Dreaded Slump & How it Affects Your Betting

The wheels kind of fell of the bus in the final three games of the season with three straight losses coming by way of UNLV (a bad football team) 27-24, then Fresno State 23-14, and finally Hawaii, 31-30 in OT. Things certainly could have ended better for the Aztecs and they are hoping to avenge their woes against the Bobcats.

The Bobcats hit the deck in this one with an 8-4 record and finished second in the MAC. The problem we see for the Bobcats, they have really beaten nobody. Their four losses came against Virginia 45-31, Cincinnati 34-30, Northern Illinois 24-21, and Miami of Ohio, 30-28. Their record may be 8-4, yes, that’s one better than the Aztecs, however, the wins have come against teams such as Howard, UMass, Kent Stat, Bowling Green, Ball State, Western Michigan, Buffalo and Akron. In college football, the record speaks for itself — strength of schedule!

The defense of the Aztecs is simply better and strength of schedule is in their favor. This one goes to the Aztecs +2.5.

MLB Betting is Back – Prepare Your Sportsbook
7 hours ago

The Future of Sports Betting Post COVID-19
10 hours ago