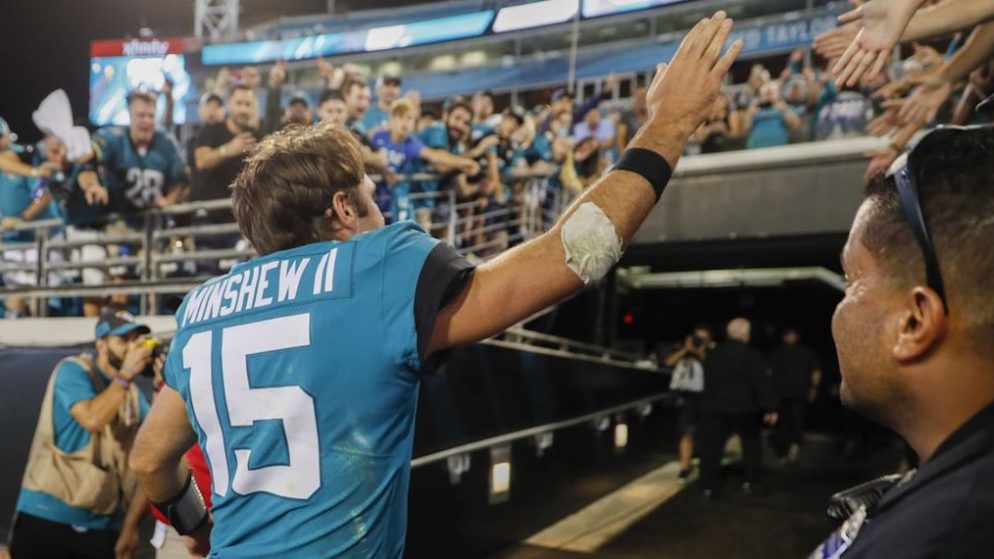 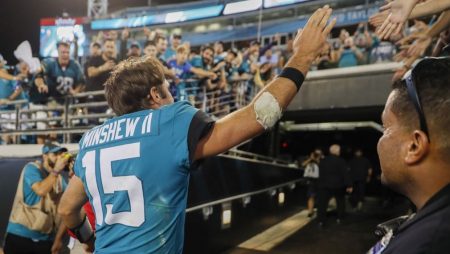 It’s another in-state Thursday night matchup as Miami travels up I-95 to Jacksonville, the site of today’s Dolphins Jaguars free pick. It’s also an interesting matchup of quarterbacks – the ‘Stache versus the Beard.

The ‘Stache is the Jags Gardner Minshew, the 24-year-old wunderkind who is completing 75.4 percent of his passes and has thrown six touchdowns.

The Beard is the 37-year-old veteran Ryan Fitzpatrick who has done neither of those things. Which one prevails on Thursday?

The ‘Stache vs. the Beard

Inasmuch as Thursday is a battle of quarterbacks, it’s also a battle of two of the most porous defenses in the NFL. Opponents have regular reservations to the end zone when playing Miami or Jacksonville.

Minshew became just the fourth player in NFL history to complete 95 percent of his passes in a game when he did so in a Week 1 win over Indianapolis. Could this be a sign for my Dolphins Jaguars free pick? The Jags won as a home underdog over the Colts.

Jacksonville then gave Tennessee all it could handle as Minshew threw two fourth-quarter touchdowns to tie the game at 30-all. A late Titans field goal gave Tennessee the win, but the Jags covered for the second time this season.

The Dolphins have been slow to start under second-year head coach Brian Flores. In seven September games, Miami is 0-for-7. The Dolphins are also a paltry 1-6 ATS in those seven games.

Sports handicappers know the Jags have had some recent success in prime time games, especially those played on Thursday night. Jacksonville is 4-0 in their last four games on Thursday Night Football. More importantly, the Jags are 4-0 ATS in those games.

With a top-10 offense going up against a bottom-3 defense and the fact that Miami will play without CB Byron Jones, the ‘Stache is likely to outplay his bearded opponent.

At home, Jacksonville gets the win and the cover to make it five in a row on Thursday night.